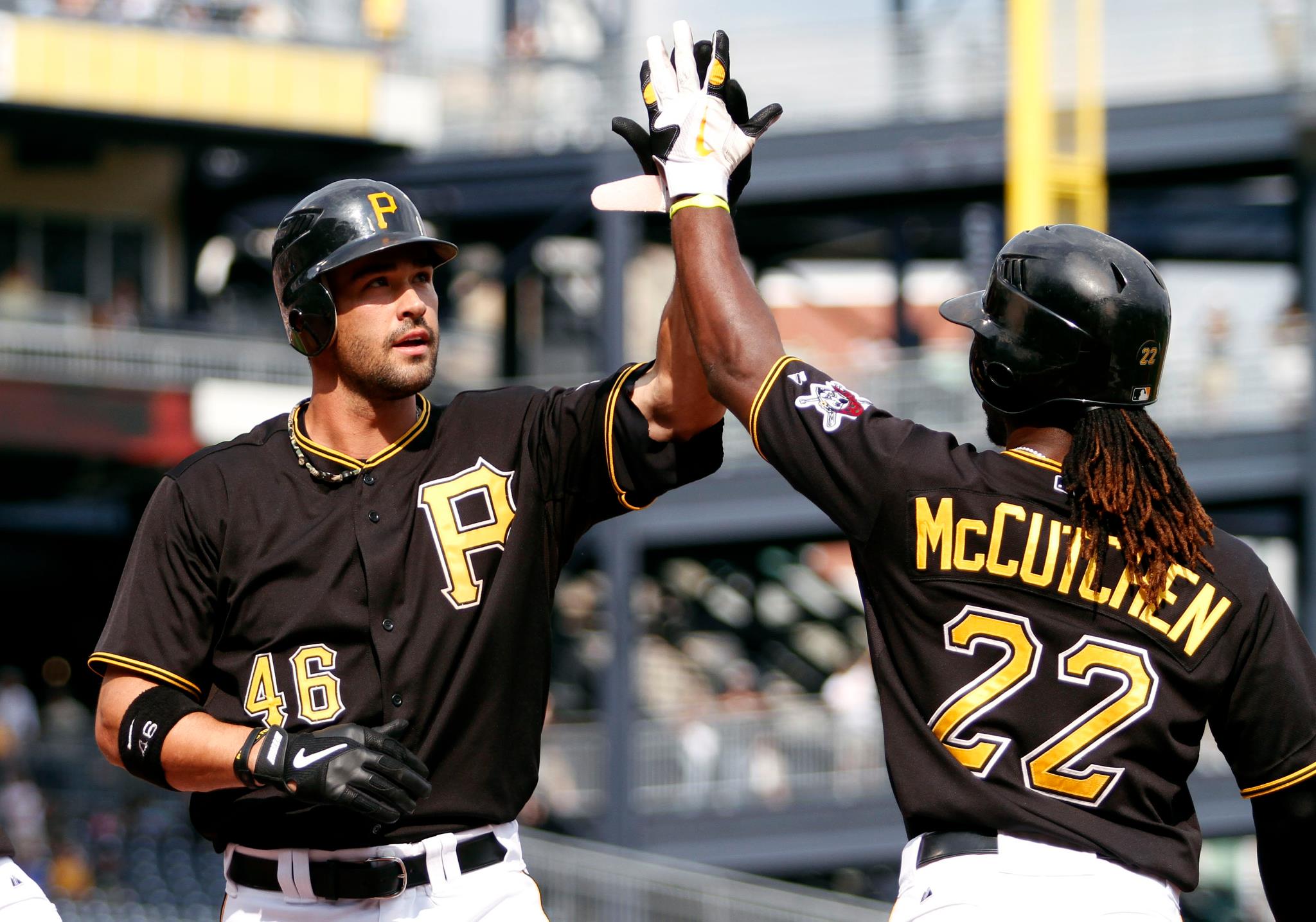 The Pittsburgh Pirates have been in a bit of a funk as of late, losing all six of their previous games against the Los Angeles Dodgers, and needed a win today to stop a full season sweep.  As the month of August has shown, nothing comes easy when a team is in the middle of a battle for the postseason.  Today’s 10-6 win was anything but easy or pretty.

The Dodgers had been jumping out to early leads and not looking back for the majority of this season against the Pirates.  Pittsburgh turned on that trend today in the bottom of the first when Garrett Jones hit his first home run of the day, a three run shot, off of starter Joe Blanton.

LA fought back and eventually took the lead in the fourth inning.  Down by two, the Dodgers cut the lead to one on a Elian Herrera bunt that scored Mark Ellis when Pedro Alvarez made an error on the throw to first.  Two batters later, Hanley Ramirez gave the Dodgers a 4-3 lead on a two run home run.

The Buccos tied it in the bottom part of the inning on a Clint Barmes triple that brought in Rod Barajas.  Pittsburgh then used the long ball again in the fifth.  G.I. Jones blasted another three run shot, which was followed up by an Alvarez solo homer just two batters later.

The two teams traded a pair of runs in the seventh.  Los Angeles scored a run on a Ellis single that was deflected off of A.J. Burnett.  With the bases loaded, Burnett would plunk Dodgers left fielder Juan Rivera.  The Buccos were able to gain those runs back in the bottom half, when Barmes drove in two more RBI with a bases loaded single.

Pitching was again a bit of a concern today, but the problem was overshadowed with the high offensive output.  Burnett had what should be called his ugliest win of the season.  He lasted 6 2/3 giving up six runs on seven hits, while walking one and striking out seven.  While it wasn’t his best effort, let’s face it, there have been plenty of nights that A.J. has bailed out the offense, so it was nice to see him get some help.

The bullpen combo of Tony Watson, Jason Grilli, and Joel Hanrahan did their job and shut down the Dodgers during the back third of the game.  Alvarez had a couple of blunders at the hot corner with two more errors, his season total is at twenty.

The Pirates will now head to the show me state for a three game series with the St. Louis Cardinals.  After an unsuccessful home stand, it will be big for the Buccos to regain momentum on the road.  By Sunday afternoon, the winner of this series will most likely be holding onto the second wild card spot.  First pitch tomorrow night is at 8:15.