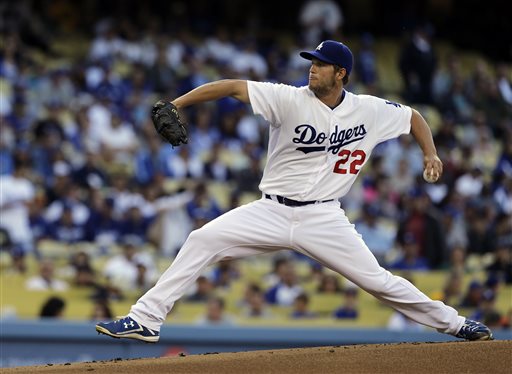 Well Pirates fans, this is officially a trend.  For the fifth consecutive game, the Bucs got a solid performance from their starter, but once again, the offense was ineffective.  Actually, ineffective is being generous.  The Pirates  offense was nonexistent, putrid, and pathetic, as they were shut out for the second straight night to the Los Angeles Dodgers, 1-0.

A.J. Burnett made his second start of the season tonight for Pittsburgh, and once again, as he did in his Opening Day start, he kept the Pirates in the game with his top-notch pitching in the pressure moments.  His only blemish was allowing an RBI single to Mark Ellis in the third inning, scoring Carl Crawford for the game’s only run.  A.J.’s final line read one run on four hits with four walks and nine strikeouts in 5.1 innings.  Jared Hughes, Mark Melancon, and Tony Watson combined to toss 3.2 innings of scoreless baseball.

Unfortunately, the offense was completely ineffective once again tonight against Dodgers’ Clayton Kershaw.  The L.A. ace pitched 7 innings, giving up only two hits and one walk while striking out nine Buccos.  Starling Marte tallied both of the hits for Pittsburgh, one coming on the very first pitch of the game, and the other coming on a very questionable infield single in the sixth inning.

Neil Walker, Andrew McCutchen, and Pedro Alvarez combined to go 0-10 with four strikeouts, including Pedro’s three K’s.  Russell Martin and Jose Tabata each went 0-2, and both are still looking for their first hit of the season.  Walker was able to force a two-out walk in the ninth inning, but Dodgers’ closer Brandon League got McCutchen to ground out to second base to end the game.

A very strong effort by Burnett tonight and a solid performance from the bullpen, and yet, the Pirates lose another game.  The offense is ridiculously pathetic, eerily similar to last season’s beginning.  To give up only four runs in two games to this Dodgers’ lineup is very impressive, but they have nothing to show for it in the win column.  Yes, I know it’s early in the season, but this is already a very troubling trend.

The Bucs will look to avoid the sweep tomorrow afternoon against the Dodgers.  Jeff Locke will make the start on Sunday against Hyun-Jin Ryu for Los Angeles.  First pitch is slated for 4:10pm ET.