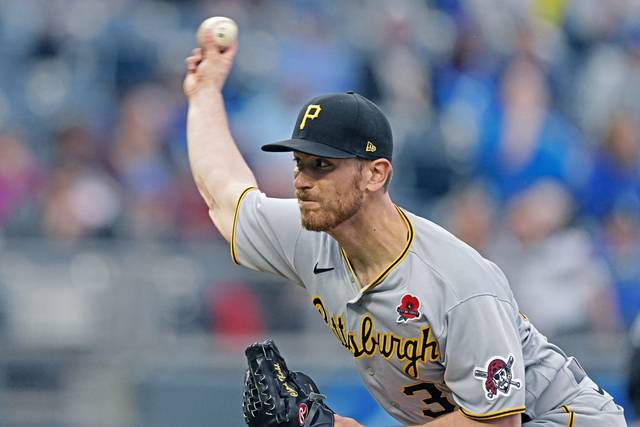 A familiar face returned to the Pittsburgh Pirates rotation tonight.  Chad Kuhl made his return after a couple rehab starts and looked to give this team a boost.  Kuhl looked ok tonight, but a shaky bullpen and lackluster offense ultimately led to the Kansas City Royals taking game one of this short two game series.

Pittsburgh jumped out to an early lead in the first when Adam Frazier scored on a Bryan Reynolds ground out.  That lead was quickly erased in the bottom half of the inning on a Salvador Perez RBI single to center.  Kansas City would take the lead for good with two runs in the second inning.  The Pirates would get it back to within one when Jacob Stallings connected on an RBI single to center in the third.

Kuhl would pitch four innings tonight allowing three runs on six hits to go with five strikeouts.  There were times that his command was off and only going four innings isn’t what you want to see out of a starter.  Duane Underwood pitched the next three innings allowing two runs on five hits with a strikeout.  Luis Oviedo pitched the eighth and gave up two runs on two hits with a walk.

The Royals extended their lead to 5-2 in the fifth when Adalberto Mondesi hit a two-run homer to right.  Bryan Reynolds plated the final Pittsburgh run of the night with a 436 ft. solo shot to center.  Kansas City would pad their lead in the eighth with two more runs.  The first was a fielder’s choice that brought home Nicky Lopez.  A Michael Taylor RBI double to center capped the scoring on the night.

I thought Kuhl should have been stretched out a little longer in his rehab starts before coming back from the injured list.  Hopefully he will have better command in his next start so that he is able to work deeper into the ball game.  This two-game series and road trip for the Pirates will wrap up tomorrow night at 8:10pm.  Wil Crowe starts for Pittsburgh, while Kansas City will counter with Brady Singer.