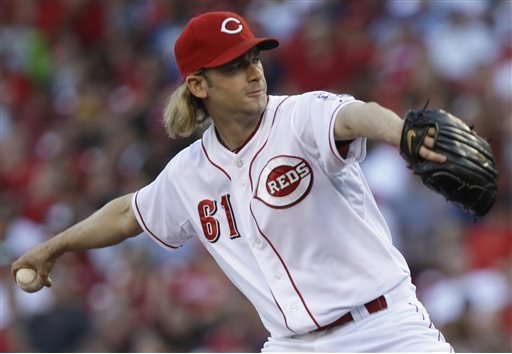 Defense may win championships, but that saying doesn’t mean much when all you can scrap together is one run.  That was the case tonight with the Pittsburgh Pirates as they lost to the Cincinnati Reds 2-1 in thirteen innings.

Jeff Locke had another strong outing tonight, which was wasted.  He pitched seven solid innings allowing four hits, while walking and striking out three batters.  Shame a night like this was for nothing because of an offense that couldn’t help him out.

The Buccos held the lead for most of the game as Starling Marte scored on a fielding error by Red Legs starter Bronson Arroyo.  After that it was a total pitchers duel.  Mark Melancon pitched another scoreless eighth inning.  That of course set the stage for Jason Grilli to pick up another save.  Jay Bruce had other plans, as he hit a solo homer to tie the game 1-1 and send it to extra innings.  That home run also marked the first blown save of the year for Grilli.

Both teams went scoreless through the first three innings of extras.  Cincinnati broke through for the game winner in the bottom of the thirteenth.  With one out Derrick Robinson would single and then advance to third on a Shin-Soo Choo single.  After an intentional walk of Joey Votto, Brandon Phillips hit a bouncing ball up the middle to score the game winner.

This is a tough loss to swallow since Pittsburgh was only two outs away from a win.  The blame has to go on the offense, since they left fourteen men on base.  The Pirates now need to win tomorrow to pick up a split in the series.  That will not be an easy task as Brandon Cumpton will need to be better in his second start in order to navigate this Reds offense.  Game time is 12:35pm.