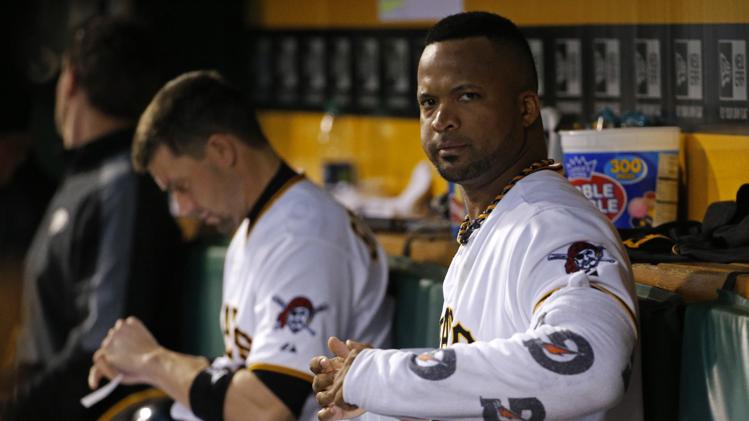 After a difficult 2-4 road trip and day off, the Pittsburgh Pirates returned home to PNC Park for a home stand beginning with a two-game Interleague matchup against the Baltimore Orioles.  The Bucs lost both games to Baltimore earlier in the month, so they were looking for some redemption as the two opened up play tonight in Pittsburgh.

Francisco Liriano struggled against the power-driven Baltimore offense, led by Chris Davis who hammered three homeruns, as the Orioles routed the Bucs, 9-2.

The Pirates and Orioles combined for 22 hits, but while Baltimore only had two more than the Bucs (12 for BAL and 10 for PIT), the road team was far more productive with their at-bats.  As for Liriano, his troubled season continued tonight.  The Pirates’ starter gave up six runs on nine hits with two walks through five innings, inflating his ERA to 4.86 on the year.  Jared Hughes gave up a run in two innings and Jeanmar Gomez gave up two runs in two innings against the high-powered Orioles’ offense.

The Pirates scored the game’s first run in the third inning.  Andrew McCutchen singled home Josh Harrison to put the Bucs on top, 1-0.  The lead wouldn’t last long, though, as the Orioles responded with two runs in the top of the fourth inning.  J.J. Hardy singled home Davis, and with the bases loaded later in the frame, Caleb Joseph drew a walk, scoring Nelson Cruz from third base. Baltimore led 2-1 after four innings.

Baltimore scored four more runs in the fifth inning to break the game wide open.  Adam Jones’ double scored Manny Machado to increase the lead to 3-1.  Then Davis belted a two-run homerun to deep right field, followed later by a solo shot from Cruz to increase the lead to 6-1.  Davis crushed another homerun in the seventh, and the O’s were up 7-1.

Ike Davis hit a solo homerun in the seventh, and the Bucs threatened again the eighth.  But with two runners on and one out, Starling Marte grounded into an inning-ending double play.  Davis answered with a  two-run homerun in the ninth inning, his third of the game.  He ended up with four hits, three homeruns, and five RBIs on the evening.

This was obviously a horrible evening for Pirates’ fans.  Another disappointing performance from Liriano leaves us wondering if he will ever return to the form of the 2013 Comeback Player of the Year.  The offense struggled tonight, unable to capitalize off ten hits to produce runs.  McCutchen and Neil Walker had two hits each, but overall, this offense is in trouble.  And the pitching has struggled mightily against the American League.

The Pirates and Orioles will face for the final time this regular season tomorrow evening.  First pitch is scheduled for 7:05pm.