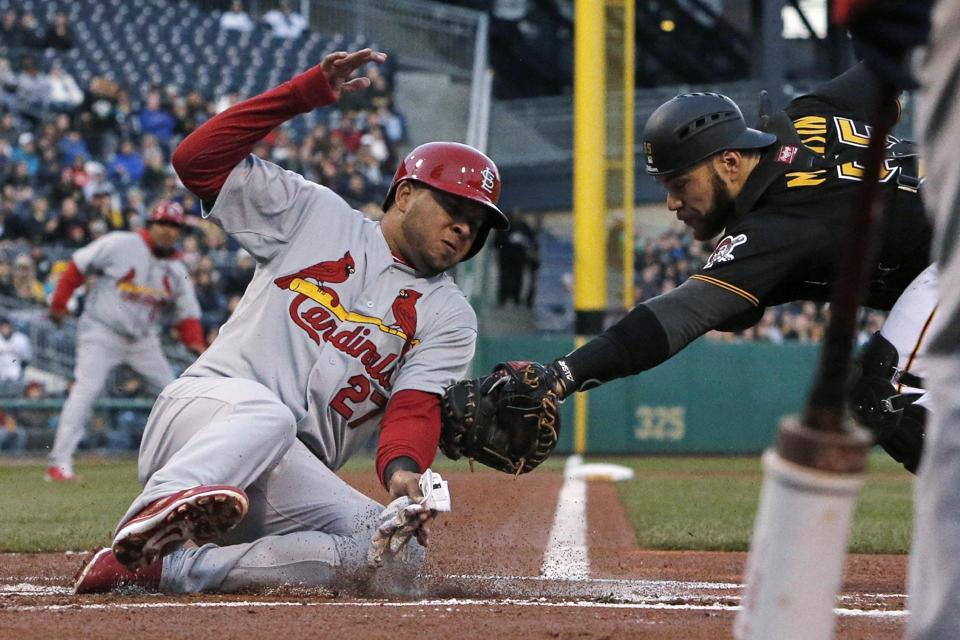 One night after scoring a dozen runs on their way to a rout of the St. Louis Cardinals at PNC Park, the Pittsburgh Pirates struggled in every offensive category tonight on a chilly evening on the North Shore.  The Cardinals avenged last night’s drubbing with a convicing 6-1 victory of their own.

Francisco Liriano started for the Pirates and was victimized immediately in the first inning.  The Cardinals scored three runs on the Bucs’ left hander, who went six scoreless innings in Monday’s opener against the Chicago Cubs.

The Bucs attempted a comeback several times, but could never fully capitalize on opportunities.  The lone run of the game for the home team came in the third inning on a bases loaded walk by Joe Kelly to Russell Martin, pushing Travis Snider across the plate.

Yadier Molina and Peralta added solo and two run homeruns in the sixth and ninth innings respectively to put the game out of reach for the Bucs.

This was certainly a letdown game for the Pirates and their fans.  A night after exploding offensively for twelve runs, they couldn’t muster any type of rally.  Despite tallying six runs against the Cardinals tonight, the Pirates weren’t able to sustain a legitimate rally, and never really had a chance to come away with the victory.

The two teams will match up tomorrow afternoon in the series finale at PNC Park.  Adam Wainwright will take the mound for St. Louis against Pittsburgh’s Edinson Volquez.  First pitch is scheduled for 1:35pm.