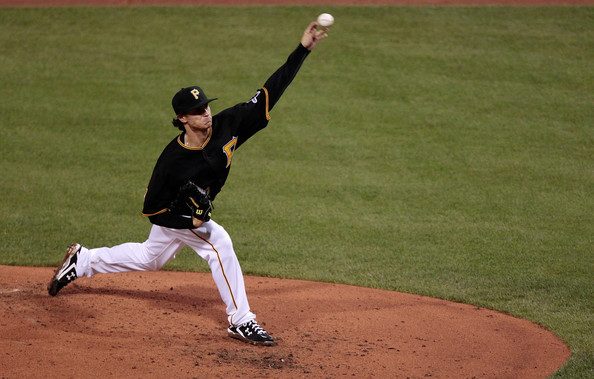 At the beginning of the season, how many of you expected Jeff Locke to be the most consistent pitcher on the Pittsburgh Pirates staff?  So far this year he has produced quality start after quality start, and all of this is after he barely made his way onto the staff during spring training.  Tonight he was on top of his game pitching seven innings in the 3-0 win over the Los Angeles Dodgers.

Before the game, we offered our predictions in our pregame show:

Locke was able to stay out of trouble for most of the night.  He would only allow two hits with one walk and five strikeouts.  He even produced at the plate going 1-2.  The Bucco bullpen backed themselves in a couple of jams tonight.  Mark Melancon would have runners second and third with two outs.  Fortunately he was able to battle back, collecting the final out with his second strikeout of the inning.  Jason Grilli took the mound in the ninth and allowed the first two runners to reach base on singles.  Grilli then collected a strikeout, foul out to catcher Russell Martin, and then struck out the final batter for the victory.

Offensively tonight the Pirates were more subdued.  The big inning came in the third when Andrew McCutchen doubled home a pair of runs that put Pittsburgh on top 2-0.  Five innings later in the eighth Neil Walker hit a shallow sacrifice fly to add an insurance run.

After the game, we shared our thoughts on the Bucs’ victory on the postgame show:

This was another good win for the Buccos, it gave them an edge in the series, and with two tough mound opponents coming up, this game could have been considered a must win for the series.  Tomorrow afternoon the Pirates will face Clayton Kershaw, while the Pirates will send recent minor league call up Brandon Cumpton to the mound.  Special start time of 4:05pm tomorrow.