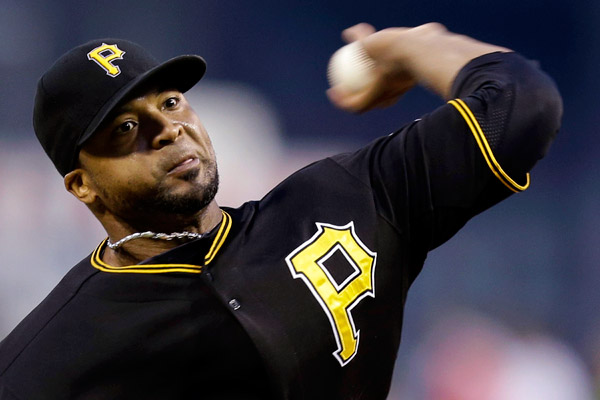 One of the key parts that the Pittsburgh Pirates will need coming down the stretch of the 2014 season is solid starting pitching. For the second night in a row they received a quality start and in the process, earned another series victory over the San Francisco Giants.

Francisco Liriano toed the rubber for Pittsburgh and was lights out during his seven innings of work. He would strikeout a season high eleven batters, while walking only one. The lone run he gave up, on four hits, came in the second when Michael Morse hit a home run to left field.

When the Pirates score first they usually come away with a victory. That trend would continue in this game, as Josh Harrison led the game off with a home run. This homer marked the third straight game that Harrison went deep. Another Bucco Blast came in the second when Travis Snider launched a two run dinger to right field. Andrew McCutchen would end a 0-14 slump with a double in the eighth inning.

Tony Watson would pitch a scoreless eighth, allowing only one hit. That would allow Mark Melancon to work the ninth and pick up save number twenty on the season. He would strike out two, to cap a 3-1 Pittsburgh victory.

Great to see the Pirates win a series on the road, after that rough Colorado Rockies series, against a team that is in a division battle of their own. These two teams will play for the final time during the 2014 season tomorrow afternoon. Charlie Morton will take on Tim Lincecum with first pitch scheduled for 3:45pm.