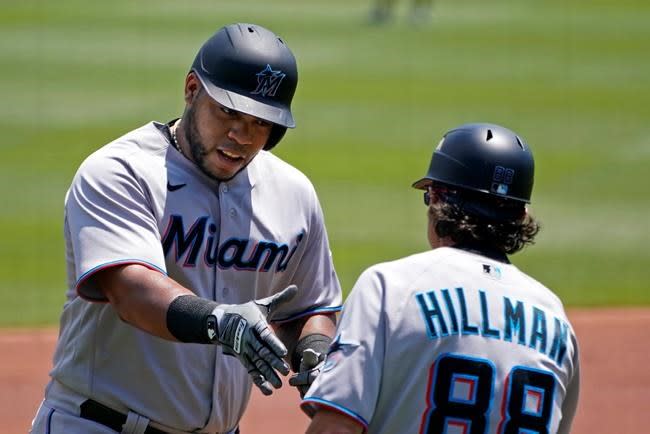 The Pittsburgh Pirates were not able to complete the four game series sweep of the Miami Marlins, falling to the Fish by a 3-1 score on Sunday afternoon.

Chad Kuhl fell to 0-3 on the season, giving up two runs (three earned) on three hits in his 6 innings of work on the mound.  His mound opponent, Sandy Alcantara, was impressive for Miami, giving up just one unearned run on six hits in eight innings.

A day after combining for 15 runs, the Bucs and Marlins struggled to get much going this afternoon.  With runs (and hits) at a premium, one would think scoring first would be pivotal.  The Pirates scored in the bottom of the first inning on a double by Colin Moran, scoring Adam Frazier.  Unfortunately for Pittsburgh, that would be the one and only run they would score on the day.

Miami tied the game in the top of the second on a solo homerun by Jesus Aguilar.  It remained a 1-1 score until the top of the sixth, when the Marlins scored a pair of runs which would end up being the difference.  Former Bucco Corey Dickerson’s ground ball scored Jazz Chisholm Jr. to make it 2-1.  A sacrifice fly by Aguilar scored Starling Marte to make it 3-1.

This was a disappointing performance and result by the Pirates.  With the way things are going this season, there won’t be many opportunities for this team to sweep another club.  The Bucs had a chance this afternoon, but couldn’t put enough runs across the plate to give themselves a chance.

After a day off Monday, the Pirates will face a very difficult task as they host the Los Angeles Dodgers for a three game series at PNC Park.