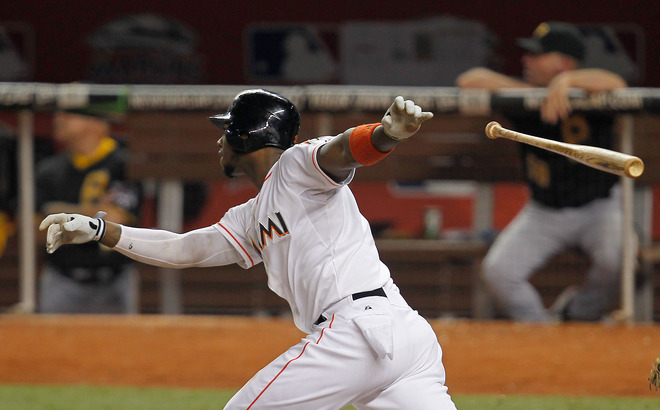 During spring training this year, the Pittsburgh Pirates had six pitchers for five roster spots.  “Experts” stated that Kevin Correia would be the odd man out.  A early injury to A.J. Burnett, along with in season injuries to Jeff Karstens and Erik Bedard, has given Correia the opportunity to prove that he belongs in the rotation.  Tonight’s game proves that when the other five are healthy that he belongs as the long reliever out of the bullpen.  After going only 3.2 innings and allowing six runs on eight hits, his record drops to 1-4 and his ERA rose to 4.50.

After gaining the lead in the first on a Garrett Jones single that scored Andrew McCutchen, the Miami Marlins tied it up on a Hanley Ramierez double.  Correia did get out of a jam on a double play line drive hit to Clint Barmes.

The fourth inning is when things got out of hand and the Marlins put the cap on the game.  Five runs crossed home plate for the Fish and basically knocked the Pirates out of any chance of winning.  With the team down five, I think we all knew that there was no way that the Buccos could overcome this deficit.  This is also why I think it is time we accept that this team does not have and will not have an offensive spark at any time this year.  The only wayPittsburghcan compete is with a low scoring game.

The Pirates plated one more run in the seventh on a Michael McKenry home run to make it 6-2.  A split in this two game series is what I expected, but I would have hoped that the Pirates would have competed more.

The Buccos will start another two game series tomorrow when they head to the nation’s capital tomorrow to face the Washington Nationals.  First pitch is scheduled for 7:05.