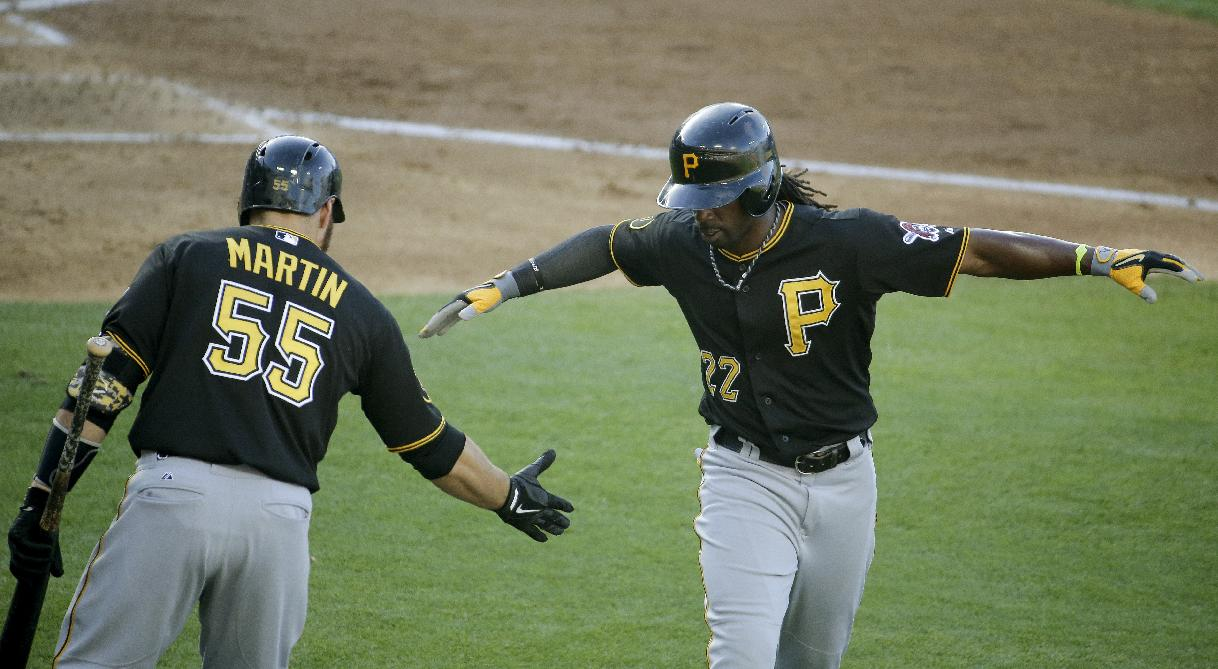 After last night’s blowout by the Los Angeles Dodgers, the Pittsburgh Pirates had a second chance on national television to show that they have the potential to contend again this season.  With the help of their two biggest names, Andrew McCutchen and Pedro Alvarez Pittsburgh was able to leave Los Angeles with a series victory.

Alvarez started the scoring for the Pirates tonight in the first inning.  With the bases loaded he would single to left center field for two runs off of Dodgers starter Zack Greinke.  Pedro came through again in the sixth with another RBI single that resulted in an insurance run.  McCutchen crossed the plate for two of the three RBI that Alvarez collected on the evening.  Cutch would also hit a solo homer in the third for the Buccos third run of the game.

These two players would account for five of Pittsburgh’s six hits on the night, with four RBI.  While it would be nice to see production from the entire lineup, production like this from their two biggest offensive threats would be huge in helping the Pirates turn this season around.

Edison Volquez was good through five innings tonight.  He was lifted after the fifth because it was his third time through the order and on the season opponents are hitting over .370 against him the third time through.  He allowed two runs on five hits, with six strikeouts and one walk.  The bullpen combo of Justin Wilson, Tony Watson, and Mark Melancon was lights out, not giving up a run or hit through three innings of work.

The ninth inning was anything but easy.  With runners on first and second with two outs Scott Van Slyke would hit a RBI single to bring Los Angeles back to within two runs.  Jason Grilli was able to pick up the save when Dee Gordon lined out to short to cap a 5-3 Buccos victory.

The only other member from Pittsburgh to score a run was Josh Harrison who hit a solo homer in the seventh inning.  This was the Pirates first series win at Dodger Stadium since 2006 and gives the Buccos a chance to have a winning road trip.  They will start a three game series against the San Diego Padres tomorrow night.