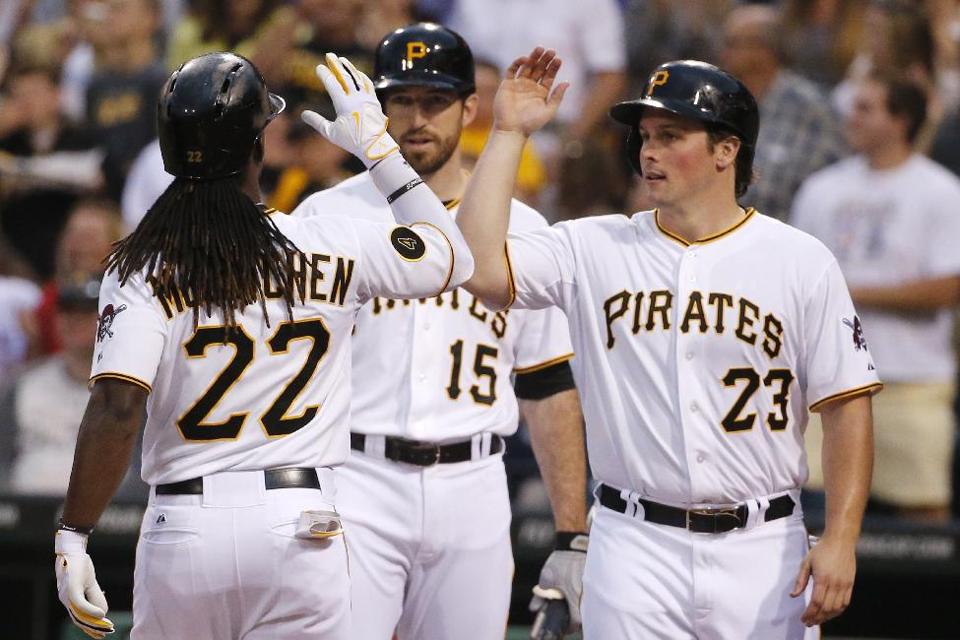 After another rough weekend courtesy of the Milwaukee Brewers, the Pittsburgh Pirates needed a comfortable win in front of their home crowd at PNC Park.  Fortunately, they welcomed the Chicago Cubs into town for a four game series on the North Shore, beginning tonight.

Andrew McCutchen and Ike Davis each hit a homerun, Charlie Morton pitched seven quality innings, and the Bucs took the first game of the series in comfortable fashion, 6-2.

Cutch had two hits, including a two run homerun and a double, as the Pirates touched up Cubs’ starter Edwin Jackson on their way to their 30th victory of the season.  Morton won his third game of the season (3-7), giving up just one run on six hits with no walks and seven strikeouts through seven innings, lowering his ERA to 3.14 for the season.  Mark Melancon and Jared Hughes pitched the eighth and ninth innings to close out the game.

Pittsburgh took the lead in the second inning on a Starling Marte double, scoring Pedro Alvarez who led off the inning with a single.  Cutch’s two run homerun, scoring Travis Snider from second, gave up the Bucs a 3-0 lead.  Two innings later, McCutchen’s RBI double off the wall scored Snider again, and the Pirates were well on their way to a win with a 4-0 lead after five innings.

Starlin Castro doubled to deep right, scoring Anthony Rizzo and getting the Cubs on the board.  But the Bucs put the game away for good in the eighth.  Davis led off the inning with a solo homerun to deep center, and later in the inning, Marte doubled home Alvarez once again to push the lead to 6-1.  Castro hit a solo homerun off Hughes in the ninth, but it wasn’t enough as the Bucs shut the door on the Cubbies to seal the victory.

This was a nice response by the Pirates after a disappointing weekend series against the Brewers.  The Bucs are a better team than the Cubs, and that was evident tonight in every facet of the game.  This was another solid start for Morton, who, despite the bad record, has pitched very well all season.  McCutchen seems to be heating up, which is great news for this team.  Marte had three hits, a VERY welcoming sign, while Alvarez had another multi-hit game, raising his average to .239 for the season.

The Pirates and Cubs will face off once again tomorrow evening at PNC Park.  Travis Wood will take the mound for Chicago against Francisco Liriano for Pittsburgh.  First pitch is scheduled for 7:05pm.