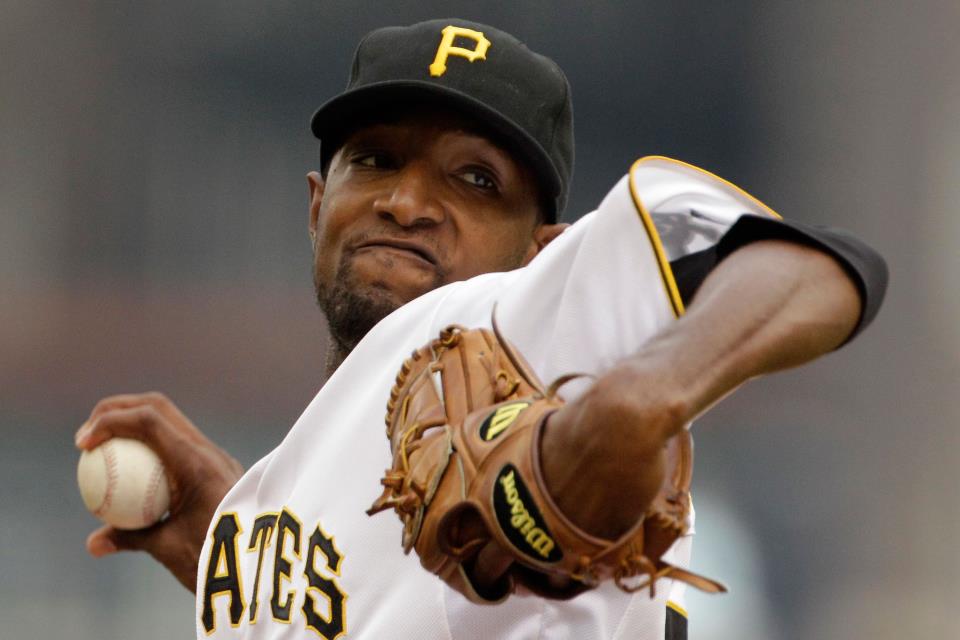 The Pittsburgh bullpen was again flawless today.  Jason Grilli struck out the side in the eighth inning, which was followed up by Joel Hanrahan earning his 23rd save of the year after closing out the ninth.  I think the bullpen for this team is much underrated for the work they have done this year.  Be sure to take notice when the members of the bullpen are on the bump next time you watch a game.

The offense had a tall task ahead of them as they were facing a very tough Ryan Vogelsong.  Vogelsong kept his team in the game during his seven innings of work, allowing three runs on eight hits while walking one and striking out five.

The Buccos first run came in the third on a Neil Walker double that scored McDonald.  McDonald showed plate discipline by drawing a walk.  The second run came on a Michael McKenry homer to left field.  The final run was in the sixth on a Pedro Alvarez double that scored Andrew McCutchen.  Walker and McKenry were the only Pirates with two hits.

This series will wrap up tomorrow with an important start by A.J. Burnett.  If the Pirates win tomorrow they will be eleven games over .500 at the All-Star break.  They will be facing Tim Lincecum, who while he has had a rough 2012, he is always dangerous on the mound.  First pitch will be at 1:35.