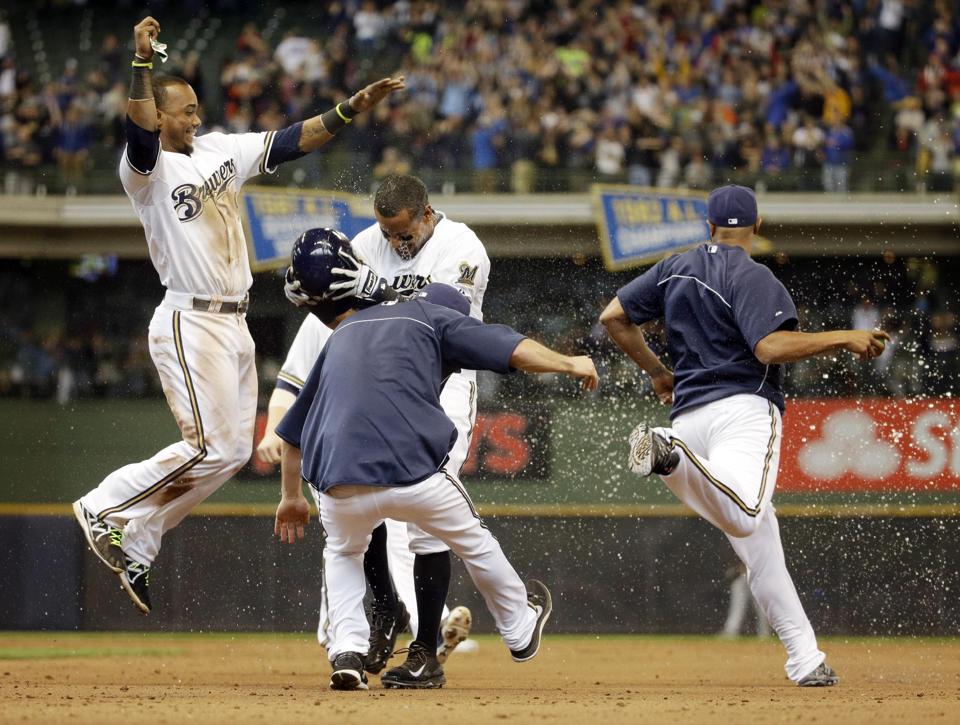 Coming into today’s finale, the Pittsburgh Pirates had a chance to win their fourth straight series and first on the road in over a month.  I was a bit skeptical that this could happen, because Wandy Rodriguez would be making the start today against the Milwaukee Brewers.  Rodriguez was coming off the DL and two terrible starts in Class AA.  At the end of the day, however, it was not Wandy who let the team down, but a man out of the bullpen.

Rodriguez was able to breeze through the first two innings of the game, but would give up a long ball to Rickie Weeks in the third.  After a scoreless fourth, Martin Maldonado would put a second run on the board for Milwaukee with another solo shot.  Wandy would leave the game after five innings allowing two runs on four hits, while walking one and striking out four.  Overall it was not a bad first game back for Rodriguez, but he did admit after the start that his knee was not yet 100 percent.  It will be interesting to see if this sends him back to the DL or if this is step in the process of him coming back to full form.

The Pittsburgh offense was able to collect some runs off of Brewers starter Yovani Gallardo.  Tony Sanchez hit a two run homer to put the Pirates up 2-1 in the top of the fifth.  After Milwaukee tied the game in the bottom part of the inning, Gaby Sanchez would drill a solo homer to centerfield giving the Buccos a 3-2 lead in the sixth.  That lead would hold with the help of Justin Wilson and Tony Watson combining to pitch three scoreless innings out of the bullpen.

Onto the bottom of the ninth they went and out of the bullpen came closer Mark Melancon.  Melancon has been fairly good out of the pen in his one plus seasons with Pittsburgh.  While a one run lead is never guarenteed, one would figure that the Brewers would have to work for the win.  That would not be the case today.  Ryan Braun would lead the inning off with a single, that single was followed up with two straight walks, which loaded the bases for Khris Davis.  Davis would then come through with a single to center that scored the tying and winning runs to give Milwaukee a 4-3 win.

This was a terrible loss on many different levels.  First, because it was a division game against a first place team that appears to be the leading candidate to win the division.  Second, after a terrible April, the Pirates need to win series and get back to .500 before we turn the calendar to June if they have any hope of making the playoffs.  Finally the “Shark Tank” was solid in 2013, but this year they have appeared at times to be nothing more than a school of fish.