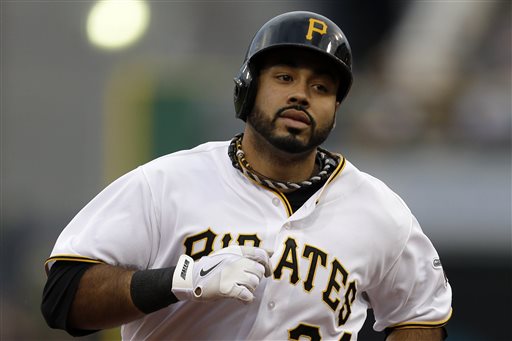 There has been a lot of talk lately on the struggle that has been the Pittsburgh Pirates offense and while I agree that they may need to shuffle things up a bit before the trading deadline, tonight the offense stayed the course and came through in the end.  Nine innings were not enough tonight against the New York Mets, as the Buccos won on a walk off single by Jordy Mercer in the eleventh inning to win 3-2.

While the offense will get the final highlight, one can not forget that the pitching staff held this game together.  Charlie Morton took the hill to start the game and looked to be in top form during his seven innings of work.  He would allow two runs on six hits, while striking out four and walking one batter.  A shallow single to right gave New York their first run of the game in the sixth.  One inning later they tied the game on a solo home run by Kirk Nieuwenhuis.

That would be all the offense the Mets could muster tonight, as the Pittsburgh bullpen would shut the door over the course of the next four innings.  Mark Melancon and Jason Grilli did their usual work in the eighth and ninth innings, which would allow Tony Watson and Bryan Morris to tag team the tenth inning.  Vin Mazzaro came in during the top of the eleventh and struck out two batters, with a line out to right sandwiched in between.  Mazzaro would pick up his fifth win of the season.

Early on it looked like the Pirates were going to have an offensive explosion with their first two runs of the game coming in the first inning off of a two run homer by Pedro Alvarez.  After that though, there would be some missed opportunites. There would be four straight 1-2-3 innings, then in the sixth Starling Marte would be stranded at third, the ninth inning saw Marte back at third with one out, but after Andrew McCutchen was intentionally walked, Alvarez would strike out, Russell Martin would walk, and then Gaby Sanchez grounded out to end the threat.  All those misfortunes would lead to Mercer coming up to bat with two outs and runners on first and second.  He would then single back up the middle to pick up the win for the Buccos.

It is funny how the game of baseball works.  Earlier this week, a game like this would have been a loss for Pittsburgh, but tonight they were able to hang around long enough to win this game in extras.  A.J. Burnett will make the start for the Pirates tomorrow night at 7:15pm.  The game will be televised on FOX.