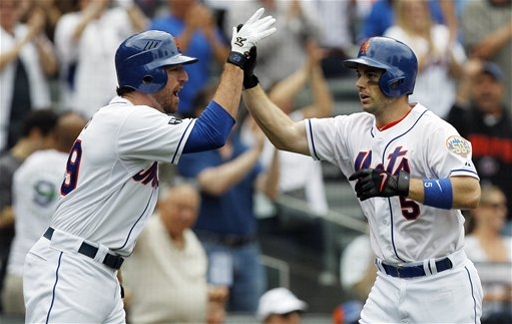 As much as it pains me to say this, it’s time for the Pittsburgh Pirates’ season to be over. After what, at times, seemed to be a miracle season where a team that had been the doormat of the league for so long was finally emerging as one of the best, reality has come to forefront…and it’s ugly.

The Pirates lost to the Mets today, 6-5, thanks to a four run fifth inning by the home team, led by David Wright’s three run bomb off Kevin Correia. The Bucs lost three of four to the Mets in New York this week, and lost five of the seven games the two teams played on the season.

Pittsburgh is now 76-80 on the year…and you know what that means. They must go a perfect 6-0 on their final home stand of the year to clinch a winning record for the season. Can they win six straight games against the Cincinnati Reds and Atlanta Braves? Are you kidding? The way they’re playing right now, we’ll be lucky to see a two-win home stand, regardless of who the Reds and Braves put out on the field.

As for today’s game, the Bucs had the difficult task of trying to deny Mets’ starter R.A. Dickey his 20th victory of the season. They did score three runs off him through the fourth inning, but Dickey settled in, and ended up mystifying the Pirates down the stretch. Rod Barajas (?) led the offensive charge today, going 2-4 with a homerun, a double, and two RBIs. Jordy Mercer also added an RBI single, while Garrett Jones was 2-3 with a double, a single, and a walk.

The Pirates did have a chance to add some more runs on the board against Dickey this afternoon, but squandered a number of opportunities, something that has become characteristic of the second half of the season. Starling Marte, Andrew McCutchen, and Pedro Alvarez combined to go 0-11 with eight strikeouts. As for Cutch, it seems that even his chances at a batting title are slipping, as his 0-4 afternoon certainly doesn’t help his case against the San Francisco Giants’ Buster Posey.

Pittsburgh did make things interesting the ninth inning. After Travis Snider led off with a walk and Jeff Clement struck out, Alex Presley hit a two run homerun to narrow the Mets’ lead to a single run. But Josh Harrison grounded out and Jose Tabata, who came in for McCutchen late in the game, flied out to end the game. Cutch left the game in the seventh inning after injuring his knee making a diving catch.
Dickey did win his 20th game of the season, while Kevin Correia fell to 11-11 on the season, giving up six runs on seven hits in 4.1 innings. The bullpen combination of Hisanori Takahashi, Chris Resop, and Tony Watson pitched well in the losing effort.

The Pirates have six games remaining, all at home, in this season that has been turned upside down over the past six weeks or so. To this point, they have won just SIX games in September. Yea…we’re ready for the 2012 season to come to a close.