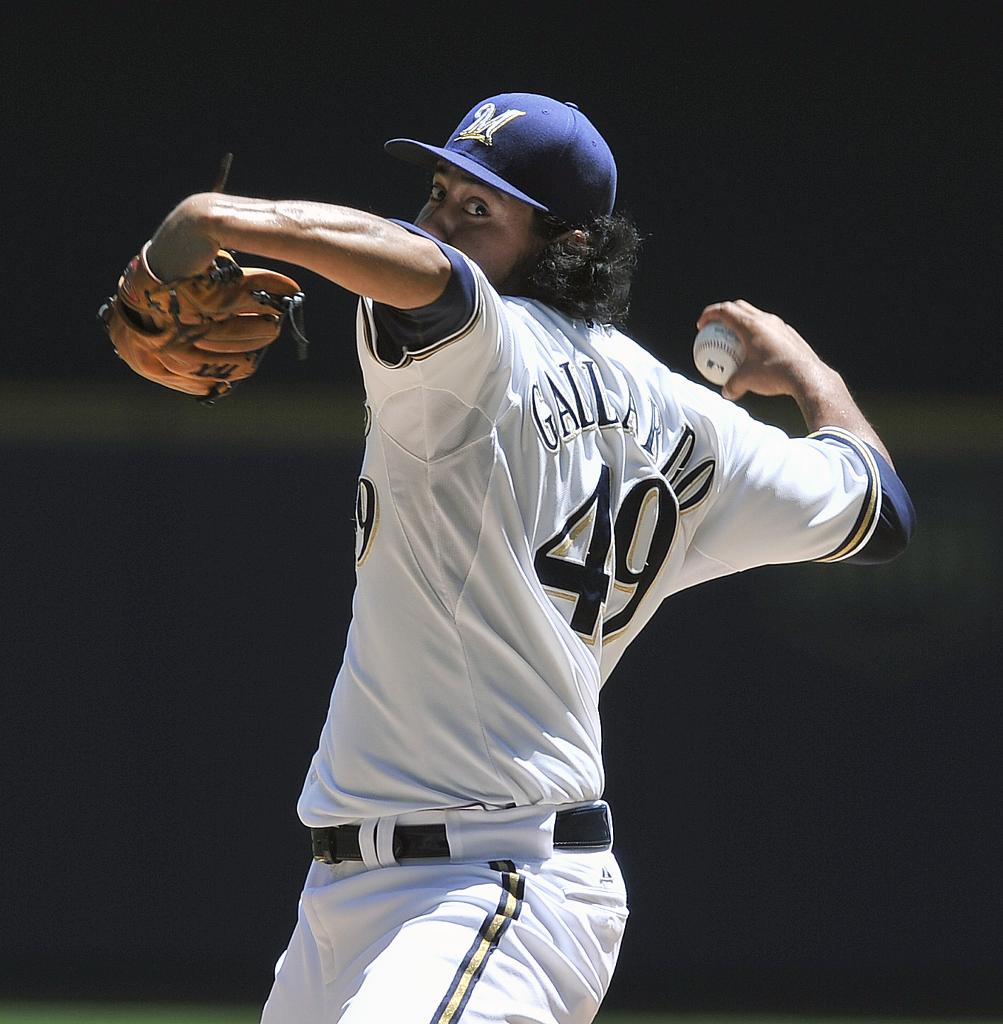 The more things change, the more they stay the same.  The Pittsburgh Pirates have played pretty well up to the All-Star break for the second consecutive season.  The big question out of the break was if this year’s team could maintain a high level of play for a full season.  Fans of the Buccos will have to wait and see after another bad outing against the Milwaukee Brewers.

Miller Park has haunted the Pirates for many seasons now and the rubber match of today’s series produced more evidence of that.  The first six innings of this game were a pitcher’s duel between A.J. Burnett and Yovani Gallardo.  Gallardo made the only mistake in the game up to this point, when he gave up a solo home run to Andrew McCutchen in the fourth.

The bottom of the sixth is when the ghost of the park had some fun with the Pirates.  With a runner on, Ryan Braun would single to right field.  This is when Garrett Jones decided to throw the ball around, which allowed a run to score and Braun to advance to third.  Aramis Ramirez would then drive in Braun and proceed into scoring postion by doing what everyone does to the Pirates, steal second base.  Pedro Alvarez decided to do some ole’ bull crap and allow Ramirez to score on a hit by Rickie Weeks.  The fourth and final run would come on a hit by the newest in a long line of Pirate killers, Martin Maldonado.

The Pirates offense countered this huge inning by striking out in six of their final nine outs, for a total of 17 strikeouts on the day and 44 K’s for the entire series.  This does nothing but leave a bad taste in any fans mouth.  In fact this whole series does.  Poor pitching on Friday, coupled with sloppy defense and lack of offense today is what led Pittsbugh to their first series loss, since the Baltimore Orioles swept them June 12-14.  Another bad stat is that our two “best” pitchers were saddled with losses this series, granted bad defense and offense was not Burnett’s fault.

Thankfully this series is done with and we will not have to deal with the Brew Crew again until they come to PNC Park for a three game series on August 24th.  Up next for our Buccos is a three game set with the last place Colorado Rockies.  Anything less than two victories in this three game series should be considered a failure.  First pitch for Monday night’s game is 8:40.