Missed Opportunities Again Cost Pirates As They Fall To Reds 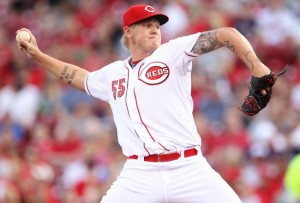 The Pittsburgh Pirates are arguably playing the worst baseball in all the Majors right now and tonight’s 4-3 loss to the Cincinnati Reds in 14 innings, added more fuel to that fire.

Things were going well for the Buccos as this game headed into the bottom of the seventh inning.  They held a 3-1 lead and starter Wandy Rodriguez was having another fine outing.  Clint Hurdle then made what now looks like a very questionable decision to lift Rodriguez with two outs and runners on first and second.  In came Jared Hughes who would give up a game tying two run double to Dioner Navarro.  This would lead to another long night for Pittsburgh.

With the game tied 3-3 missed opportunities would prove very costly through regulation and into extras.  In the ninth a one out double by Starling Marte would go wasted as the next two batters would ground out and strike out.  In the tenth the first two batters would walk, that however was followed up by a K and a line out to right field.  Gaby Sanchez would be walked to load the bases, but a ground out to third would end any threat.

This led to a 14th inning that we Pirates fans have seen countless times over the course of 19 losing seasons.  A leadoff double followed by a walk and then an infield hit would have the bases loaded and no outs.  Two pitches later the bases were still loaded but there were two outs on the board.  That is simply not acceptable.  The third out would come on a Jose Tabata ground out to first.

At this point I just wanted the game to be over, because I knew that there was no way the Buccos were pulling this one out, and quite frankly the didn’t deserve to.  The bottom of the 14th is when this game ended.  With runners on first and second, newly called up reliever Rick van den Hurk unleased a wild pitch that moved each runner up 90 feet with two outs.  This would lead to a hard hit ball to short, which Chase d’Arnaud dove for, but bobbled when pulling it out of his glove.  The winning run scored and Pittsburgh would leave the ballpark with their fourth straight loss.

It’s getting harder and harder to have any confidence in this team with only 22 games left in the season, which is sad because of how well things were going a little over a month ago.  Game two of this series will take place tomorrow night at 7:10 with Kevin Correia starting for the Pirates, while the Reds will counter with Mike Leake.