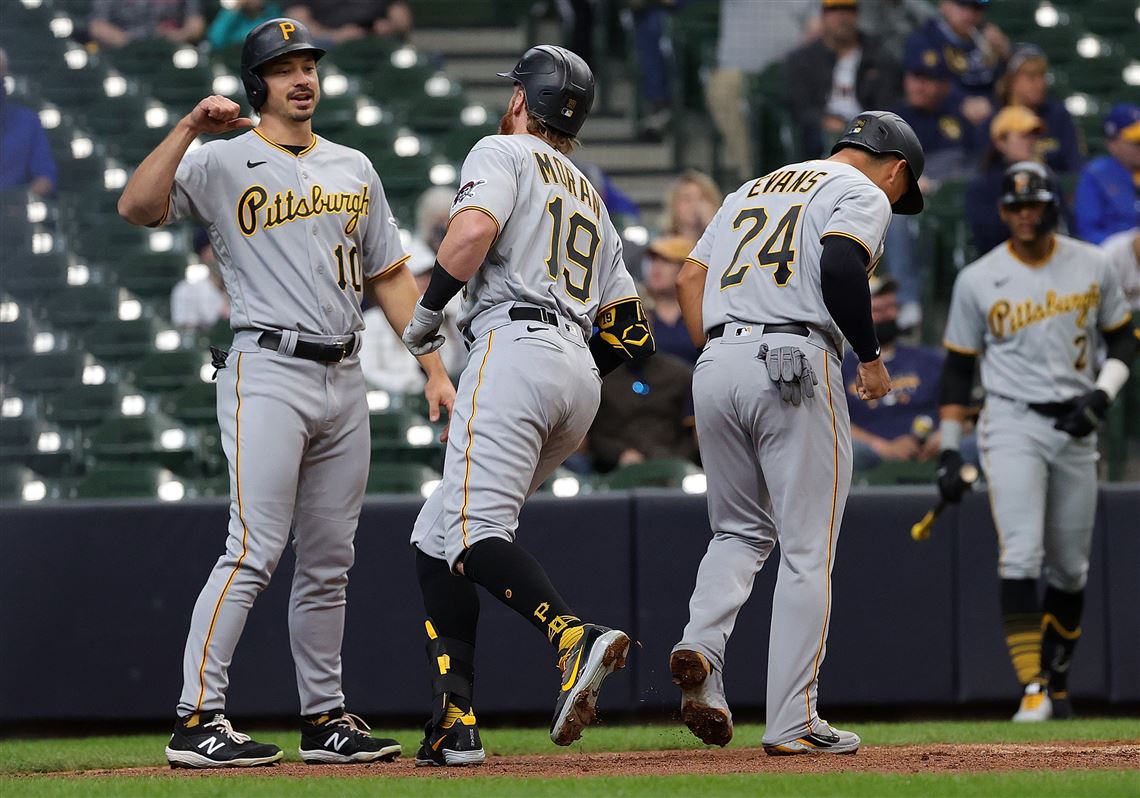 A day after getting blown out by the Milwaukee Brewers by a 7-1 score, the Pittsburgh Pirates bounced back on Sunday with a thrilling extra-innings victory, led by Colin Moran.

The win secured the Bucs’ second straight series victory against a divisional opponent, and put them at a 7-9 record.  After beginning the season 1-6, the Pirates have boasted a 6-3 mark since.

Chad Kuhl started for Pittsburgh today and battled his way through five innings, giving up three runs on five hits with a walk and six strikeouts.  The bullpen was solid for the most party, although Chris Stratton did gave up a pair of runs in the seventh inning.  Richard Rodriguez earned the victory by pitching two scoreless innings.

Things certainly didn’t start out well for the Bucs today.  A solo homerun by Daniel Vogelbach and a double by Travis Shaw in the first inning put the Brewers at an early 2-0 advantage.  But Moran answered in the top of the third with a three run homerun, scoring Phillip Evans and Bryan Reynolds to make it a 3-2 Pittsburgh lead.

Moran’s double in the top of the 10th inning scored Reynolds and gave the Bucs a 6-5 lead.  Rodriguez was able to close the door in the bottom half to secure the victory.

This was a monster victory for the Pirates.  A day after being blown out by the Brewers, the Bucs answered with a win in a back and forth contest against a divisional opponent.  This team has shown some resiliency early, and despite all of the flaws and shortcomings they have shown thus far, this club has also proven early on to be a team that will battle to the final out.

Monday will be a much needed day off for the Bucs, before they continue their road trip with the first of a quick two game series against the Detroit Tigers on Tuesday.