Must Win For the Pirates Today? 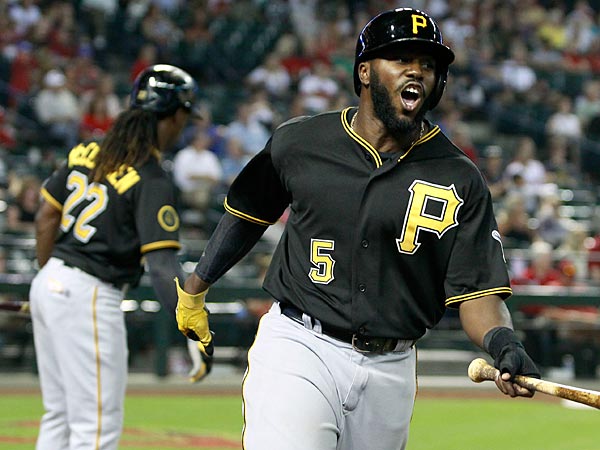 So I may be crazy, but I think this afternoon’s series finale against the Arizona Diamondbacks is nearly a must-win for the Pittsburgh Pirates. No, not in the sense that if they lose today, their season is over. Rather, this is a game that will ultimately determine what they can take away from this road trip as they look ahead to a brutal schedule for the rest of the month and beyond.

It’s no surprise that it has been a crazy road trip for the Bucs out west. After losing two of three to the Colorado Rockies, including a Sunday afternoon game in which they needed the baseball heroics of Josh Harrison, they traveled to California to take on the sputtering San Francisco Giants. While they did win the series against the Giants, they led a golden opportunity for a sweep slip through their grasp, thanks to one of the biggest blunders that I’ve personally ever seen on a baseball field. A double play off a walk? Really?

After splitting the first six games of the trip, they hit the last stop on the trip for a four-gamer against the Diamondbacks. Needless to say, they haven’t played their best baseball this weekend either. A couple sloppy games on Thursday and Friday, resulting in one loss and one incredibly improbable come-from-behind five run victory, set the stage for last night’s game, in which, despite a few more miscues, the Pirates finally looked like the better team on the field.

So now, the Bucs enter the final game of this ten game road trip with 5-4 record. They are a game and a half back in the N.L. Central division behind the Milwaukee Brewers, and they’re tied with the Giants in the Wild Card race. Yes, if the playoffs began today, the Pirates would be in the playoffs.

With a win, the Pirates finish with a 6-4 road record, and after a much deserved day off tomorrow, they’ll open up an eight game home stand against the Miami Marlins, San Diego Padres, and Detroit Tigers. Again, more pressure to win series before they hit the road again, as the schedule becomes incredibly difficult. From August 13 through the end of the month, the Pirates play a pair in Detroit, three in Washington against the Nationals, three against the Atlanta Braves at PNC Park, three against the Brewers in Miller Park, and then three against the St. Louis Cardinals and Cincinnati Reds at home to close out the month. Wow.

That is a brutal schedule for any team. This is exactly why the Pirates need to take advantage and make up some ground, gain some headway in series against inferior opponents. Nothing against the Diamondbacks, but their roster is less than impressive, already a last place team before the trade deadline moves as well as Paul Goldschmidt going on the disabled list yesterday. The Pirates are a better baseball team than the Diamondbacks, and they need to prove that today by winning and claiming three of four games this weekend.