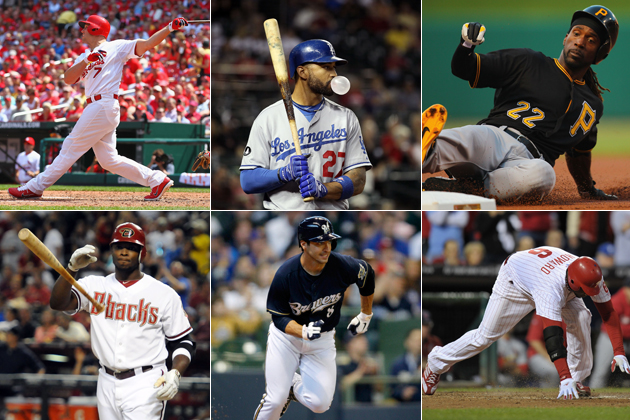 As expected, as the regular season continues to reach its end, the N.L. playoff picture is clearing up a bit, and, unfortunately for baseball fans in Pittsburgh, it’s not a pretty sight for the Pirates.

On Tuesday (Sept 18), here is what the N.L. Wild Card race looked like:

It’s incredible how in only a matter of a few days, the race can look so much different in the National League. Clearly, the Braves still hold the top wild card, and will undoubtedly take that spot. Let’s assume the first wild card spot belongs to the Braves, and move on…

Thanks to a series against the lowly Houston Astros, the Cardinals still occupy a 2.5 game lead for the second spot, despite the Brewers’ three game sweep of the Pirates at PNC Park. There is little doubt that Milwaukee is playing the best baseball right now of any of the teams in contention, but they have a very difficult stretch on the road at Washington and Cincinnati before returning home for two series against the Astros and San Diego Padres.

St. Louis also will face the Nationals and Reds, but both are at home for the last two series of the year. Their final road trip of the year begins tonight with three against the Cubs before heading to Houston for three early next week.

Out of all the teams battling for the final playoff spot, the Dodgers have to be the most frustrating, considering the incredible talent they acquired at the trade deadline, as well as the potential they’ve shown at various points throughout the season. While they remain three games out, they have played like a mediocre team for the past month, stumbling their way through series after series. They have a tough road trip of their own at Cincinnati and San Diego before finishing up the season at home against the Rockies and Giants. This is certainly not an ideal schedule for a struggling team down the stretch.

As for the Keystone state, neither team has made a strong statement about wanting to advance to the postseason. The Phillies remain 3.5 games back at this point, with a tough home stand against the Braves and Nationals, before heading out on the road to finish up their season at Miami and Washington. While they’ve been known to get on a hot streak when it matters most, this Phillies team doesn’t seem like it has the team winning nature as in past season.

And hitting close to home, it’s been another freefall for the Pirates, who have won only four games the entire month of September. After splitting a series with the Chicago Cubs last weekend, they were swept at home by the Brewers this week. The Bucs are 5.5 games behind the Cardinals, and need collapses by the teams in front of them along with an extended winning streak to get back in the hunt. They have a seven game road trip against the Astros and Mets beginning tonight at Minute Maid Park, before returning home to wrap things up in Pittsburgh against the Reds and Braves. With 13 games left, it seems improbable for the Pirates to have a chance at the postseason if they win any less than 10 of those games.

Stay tuned to Fans From The Stands for the latest on the N.L. Wild Card race throughout the final games of the season.