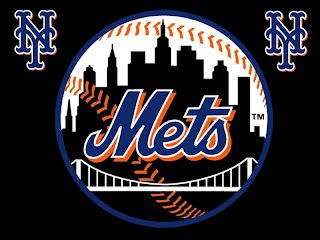 The New York Mets are one of the more disappointing teams in professional baseball this year. With their payroll nearing the top of the list, The Mets are bordering the .500 mark. Similarly, the Pirates have been a disappointment for their fans here in Pittsburgh, sporting MLB’s worst record, an embarrassing 40-82 mark coming into their 3-game series against the Mets at PNC Park.

Friday, August 20: The Mets came out swinging early and often at PNC Park, lighting up Buccos’ starter Jeff Karstens for 7 runs on 11 hits through just 3.1 innings. Karstens fell to 2-10 for the season, but for the first time in a large number of starts, he wasn’t a victim of minimal run support; his pitching just simply wasn’t good enough on this night.

Though the Pirates were out-matched on both offense and defense, Andrew McCutchen and Ryan Doumit were two bright spots, as Cutch contributed 2 hits and Doumit hammered a solo homerun in the 2nd sinning. Still, it wasn’t enough to match the Mets, as the Buccos dropped game one of the series, 7-2.

Saturday, August 21: The Pirates and Mets played a rain-shortened game on Saturday, which, unfortunately for the Buccos, ended in a 5-1 victory for the Mets.

David Wright hammered 3-run homerun in the 5th inning, which was more than enough for starter Jonathon Niese, who went “the distance,” giving up a run on 5 hits. Andrew McCutchen went 2-3 with 2 doubles in the losing effort, but the rest of the lineup was virtually non-existent offensively. The win on Saturday guaranteed the Mets would win the series at PNC Park, the first road series victory of the season for New York.

Sunday, August 22: Zach Duke out-pitched Johan Santana and the Pirates got 2 huge homeruns in back-to-back innings as they avoided the sweep and slated a 2-1 victory over the Mets at PNC Park.

The Mets held a 1-0 lead into the 5th inning, when Lastings Milledge launched a 406 ft homerun to deep center field, tying the game. Jose Tabata followed that up the very next inning with a solo blast of his own, giving the Pirates a 2-1 lead, which would eventually become the final score.

To put it simply, Duke pitched a gem. After giving up 1 run and 2 hits in the first inning, Zach surrendered only 3 hits the rest of the game. His final line read 7 innings, 1 run on 5 hits, with 2 walks and 5 K’s. Santana fell to 10-8 on the season with the loss.

So the Pirates avoided a sweep at PNC Park against the Mets. Unfortunately though, the Pirates are 2-5 on this home stand so far, a place where the Pirates have played “well” this season. This doesn’t bode well for a team who will welcome the St. Louis Cardinals to town, a team who is in the middle of both a division and wild card race, and will certainly see this series as a huge opportunity to make up some ground in the standings. Hopefully the Pirates can seize this chance to once again become the spoiler rather than the contender, which has become familiar ground for them over the past couple decades.