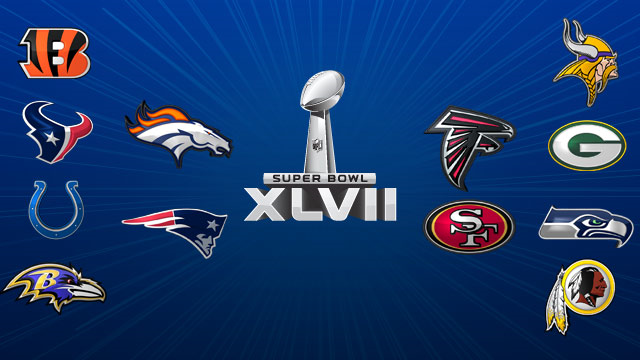 Let’s be honest…the Wild Card round of the NFL playoffs this year was disappointing. There weren’t any close games, and the majority of the games were played through subpar play and injuries to some of each team’s biggest stars.

Sure the Baltimore Ravens advanced past the Indianapolis Colts behind the emotion of Ray Lewis and his announcement to retire at the end of the team’s playoff run. And Robert Griffin III attempting to play through a nagging knee injury ended in disaster for the Washington Redskins as the Seattle Seahawks’ defense clamped down and helped them advance to the next round. But overall, the four games last weekend left a lot to be desired.

But alas, here we are on the eve of the Divisional Round. Year and year, this weekend is renowned as the best set of games of the NFL playoffs, and, based on the matchups over the next two days, it appears to be no different this year.

The Ravens, Denver Broncos, Houston Texans, New England Patriots, Seahawks, Atlanta Falcons, Green Bay Packers, and San Francisco 49ers make up the final eight in the NFL. These matchups pit some of the best teams, all of which have something to prove in their own right. We can’t wait for these games this weekend.

As for the FFTS guys, we were both let down by the Cincinnati Bengals’ lackluster performance in Houston last weekend, but as always, we feel confident about our picks this weekend.

Here are our predictions for the Divisional Round of the NFL Playoffs:

Be sure to check back here after the games this weekend to see how we faired with our predictions. And remember to stay tuned to FFTS for our predictions for next weekend’s championship games as well as the Super Bowl in the coming weeks.