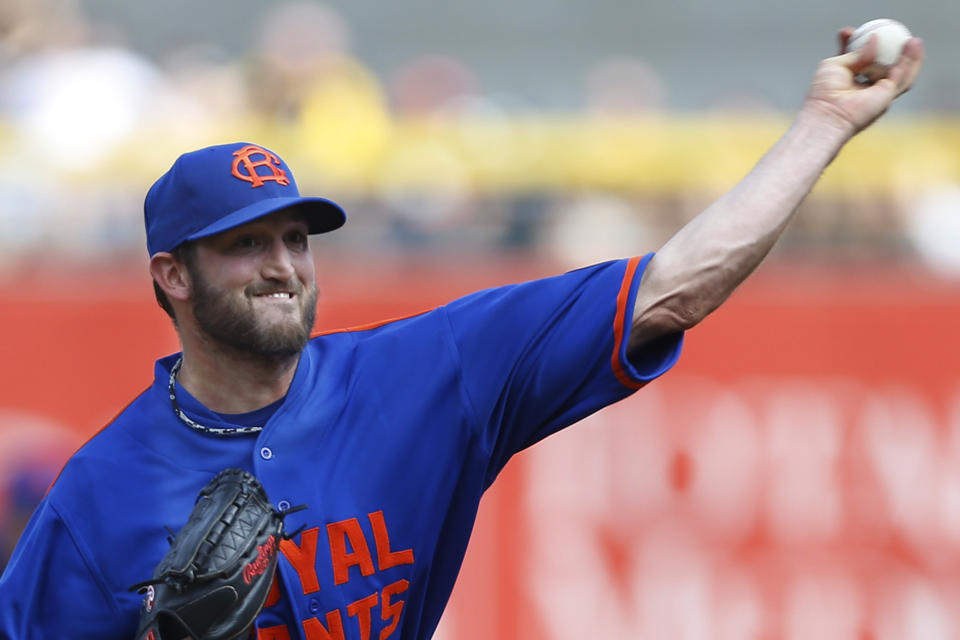 The Pittsburgh Pirates had beaten the New York Mets in dramatic fashion the past couple of games.  Today, unfortunately, didn’t continue that trend, as the Bucs fell behind early and weren’t able to complete a comeback, falling 5-3 to the Mets at PNC Park.

Gerrit Cole made the start for the Bucs this afternoon, coming off the disabled list, resulting in Brandon Cumpton being sent down to Triple A.  Cole didn’t have his best stuff today, being out pitched by his mound opponent, Jonathon Niese.  The Bucs’ right hander gave up five runs on seven hits with three walks and four strikeouts through just four innings.  Stolmy Pimentel pitched four innings of shutout baseball while striking out seven in relief, and Ernesto Frieri made his Pirates debut, pitching a scoreless ninth inning.

The Mets scored three runs in the first inning and never looked back.  Eric Campbell’s RBI double scored Ruben Tejada to get them on the board.  Lucas Duda later scored on a wild pitch, and Campbell scored on a single by Kirk Nieuwenhuis.

New York added two more runs in the second inning on an RBI single by Daniel Murphy, scoring Eric Young and Curtis Granderson.  The Mets had a commanding 5-0 lead after two innings.

The Pirates scored a pair of runs in the fourth inning to make things interesting.  Pedro Alvarez and Chris Stewart drew back to back walks with the bases loaded to score the team’s first pair of runs.  Neil Walker’s RBI single in the fifth inning scored Gaby Sanchez, trimming the Mets’ lead to 5-3.  Unfortunately for Pittsburgh, that is as close as they would get.

This was a frustrating loss for the Pirates, especially considering the way Cole performed.  He had issues with his control, and he was hit early, often, and hard.  Granted, it’s his first start in quite awhile, but hopefully he can right this ship quickly, as he will be a vital piece if this team is going to climb back into contention.

The Pirates and Mets will match back up tomorrow for the final game of the series.  Pittsburgh will look to claim the series, with the first pitch at 1:35pm.