No Pitching + No Offense = Loss For Pirates 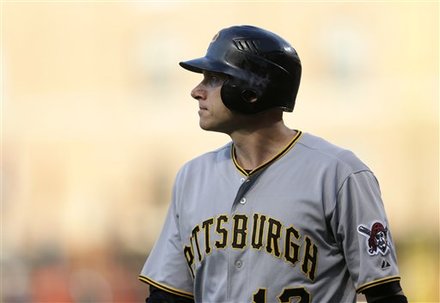 The high of the past weekend has quickly turned to a low, as the Pittsburgh Pirates have lost their second straight game to the Baltimore Orioles tonight by the score of 7-1.  Another poor outing by starter Kevin Correia, along with a few defensive lapses and a cold offense were all factors in this defeat.

Correia continued his string of poor performances tonight.  He would last six innings, giving up five runs total, four earned, on ten hits.  Kevin walked and struckout one batter.  Fans can only hope that the rest of the rotation becomes healthy soon, so that Correia can either head to the bullpen or be released by the organization.  Tony Watson had a tough seventh inning, by giving up two runs on two hits.  The only pitcher tonight who looked like himself was Joel Hanrahan.  He would pitch the eighth inning giving up one hit and striking out two batters.

The defense had their share of blunders tonight as well.  In the first inning, Alex Presley turned the wrong way on a deep fly ball and was unable to make the catch.  That mental lapse allowed J. J. Hardy to score.  Presley would then make an error three innings later that led Mark Reynolds reach third base to start the inning.  He would then score on a Wilson Betemit sacrifice fly.

One night after the offense collected six runs on ten hits, they made O’s starter Jake Arrieta look like a potential Cy Young candidate.  Now I hear you asking, “Who is Jake Arrieta?” well let me fill you in.  Arrieta came into tonight’s game with a 2-8 record, the most losses in the MLB, and an ERA of 6.32.  With numbers like that he was sent to the bullpen, until Brian Matusz missed his start after bunting a ball of his face in batting practice.

The only blemish Arrieta’s final line would have, came in the seventh inning.  With the bases loaded, Neil Walker would ground out to first, which allowed Jose Tabata to score.  He would leave after seven innings, allowing one run on seven hits, while striking out nine and walking one.

By no means is two straight losses the end of the season forPittsburgh.  All teams have highs and lows throughout the season, but the good teams are able to avoid downfalls that write off long durations of winning.  The Buccos will get one more shot atBaltimoretomorrow night as former Orioles pitcher Erik Bedard will start.  The term must win is thrown around way too much in sports, but tomorrow nights game is big, because avoiding sweeps is the key to a successful season.