Nothing Goes Right For Pirates In 5-0 Loss To Reds 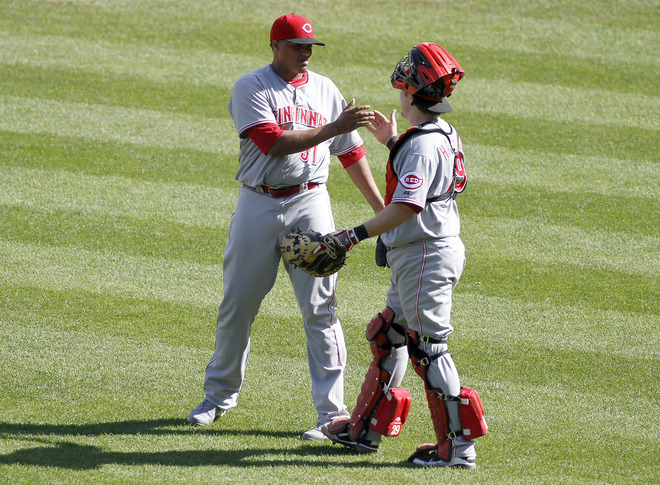 For those of you who have followed the Pittsburgh Pirates for at least the past decade, you know that Sunday’s always seem to be rough for the team.  Today just added more proof as every aspect of the game was ugly in a defeat to the Cincinnat Reds.

Defensively the Pirates committed two errors.  The first by Charlie Morton on a pick off attempt allowed that Drew Stubbs to reach third base.  He then scored on a Joey Votto single.  The second came on a throwing error by Pedro Alvarez as he attempted to throw a runner out at first, but sailed a ball two rows into the seats.

Morton struggled once again today.  I have a feeling he was rushed a bit back into the rotation after offseason hip surgery, or last year was just a really good year for him that he can not repeat.  He did last six innings today allowing seven hits and four earned runs.  He did strike out five, walked two, and gave up home runs to Todd Frazier and Stubbs.  The only brightside came from the bullpen once again, as Brad Lincoln and Jared Hughes would combine for three scoreless innings of work.

The offense struggled once again, big surprise there.  Their best attempt to score runs came in the first.  With one out, they had the bases loaded, but Casey McGehee was robbed of a hit by third baseman Fraizer, and Nate McLouth would strike out.  They would only muster three hits all day and leave nine men left on base.

This was a very frustrating game and so far a frustrating season.  This team never seems to find a rhythm and when they do it is for the wrong reasons.  They have an off day tomorrow, followed by a three game series with the red hot Washington Nationals starting Tuesday.  It was only a few years ago that these two teams were at the bottom of the N.L.  Now the Nats are making a charge to the top while our Buccos are having trouble finding their footing once again.