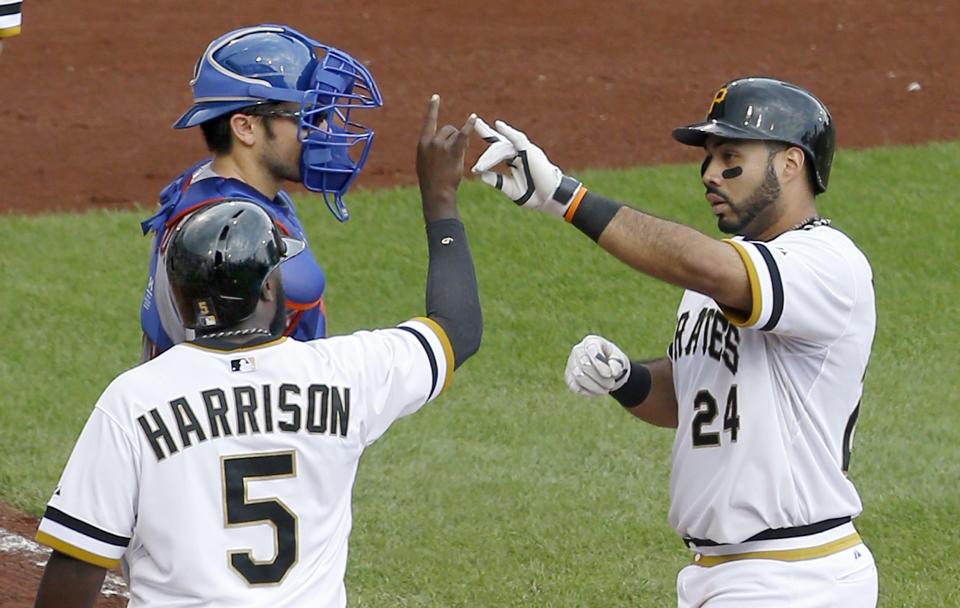 On a beautiful Sunday afternoon the Pittsburgh Pirates and New York Mets wrapped up a record setting attendance weekend at PNC Park.  It was a weekend that left Pittsburgh fans happy with the Pirates winning three out of the four games.

Starting pitching is always a key factor for any team that hopes to find its way into October baseball.  Edinson Volquez worked six strong innings today in picking up his sixth win of the year.  He would allow eight hits while striking out seven and walking one batter. Tony Watson and Justin Wilson worked scoreless seventh and eighth innings respectively.

Jared Hughes was given the opportunity to finish off the game, but after giving up two runs on three hits, manager Clint Hurdle would call Mark Melancon out of the bullpen to record the final out and pick up his 15th save of the season.

The Buccos were able to jump out to an early 3-0 lead in the first inning.  Ike Davis would hit an opposite field single to bring home Starling Marte and Neil Walker.  Later in the inning, with two outs, Pedro Alvarez would double to right field to score Josh Harrison.  Alvarez would come through again in the fourth inning with Harrison on the base paths, this time he would hit a towering home run over the Clemente Wall for his 13th of the year.

Today’s 5-2 victory clinched the four game series for Pittsburgh today.  This home stand is key in the fact that the Pirates are playing teams with sub .500 records over these ten games.  After an off day Monday they will begin a three game series with the Arizona Diamondbacks.