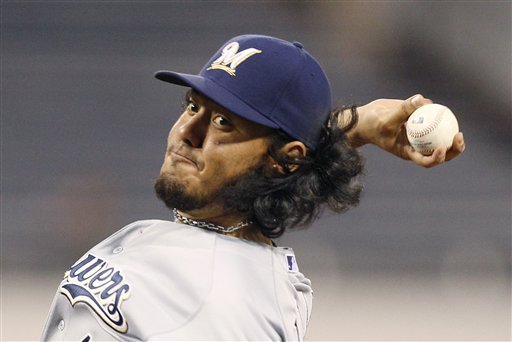 The Pittsburgh Pirates were back in action at PNC Park after a early morning win in Chicago.  The Milwaukee Brewers appeared to take full advantage of this fact and took care of the Buccos 6-0 in the first game of this three game series.

Brew Crew starter Yovani Gallardo and the bullpen silenced the Pittsburgh bats all night long.  Giving up only three hits, the only threat came in the seventh when the Pirates had the bases loaded and down four runs.  Jim Henderson would replace Gallardo and get Michael McKenry to pop out to second base to end the threat.

Milwaukee would steal seven bases tonight, with Ryan Braun collecting three of them.  The Brew Crew would use those stolen bases to score three runs.  Buccos starter A.J. Burnett would go six innings, but did not look great in the start.  He would give up two runs on seven hits, while striking out four, walking two, and hitting two batters.  The bullpen would then give up three runs in three innings of work.  Not that it mattered because if your offense cant score, then one run is all your opponent needs to win.

These two teams are heading in different directions, and that is why I see Milwaukee earning another sweep at the Pirates expense.  Game two of this series will be tomorrow night at 7:05.  Hopefully the team gets some sleep and is able to show some signs of life at the plate.