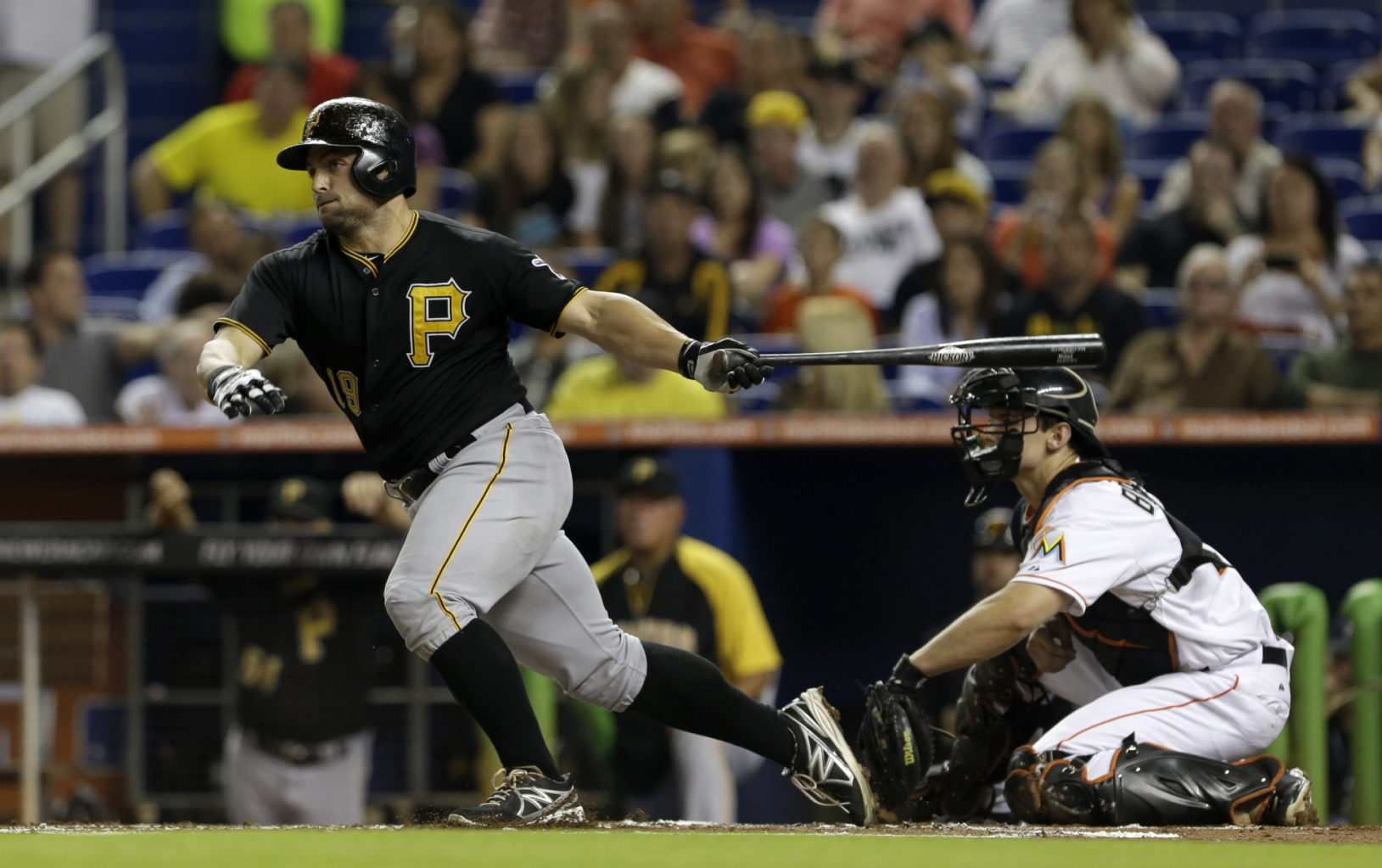 The Pittsburgh Pirates offense stepped up tonight after laying an egg on Friday.  They struck early and were able to answer when the Miami Marlins scored.  The bullpen then closed the door at the end to cap a 7-4 Buccos victory.

Pittsburgh came right out of the gate with three runs in the first inning.  Neil Walker started it off with an RBI double.  Garrett Jones switched places with Walker to make the score 2-0.  Michael McKenry then singled in Jones to put the Pirates up 3-0.  Two more runs came across in the third.  Jones would single in Walker, which was followed up with a McKenry single that brought Pedro Alvarez home.  The sixth would see Walker bring in his second RBI of the night and the Buccos added one more run in the eighth on an Alvarez single.

Charlie Morton started tonight and it was a bit of a rough outing for him.  Miami got their first run of the night in the first.  The runner was put into scoring position after Morton had hit a batter.  The Marlins then cut the lead to one in the bottom of the third.  Fielding errors by Andrew McCutchen and Starling Marte aided in the three run inning.  Charlie would work five innings tonight allowing three runs on nine hits while striking out six.  This was definitely a game where the offense picked him up.

The revolving door of bridging the gap to Mark Melancon was put to use tonight.  Justin Wilson worked the sixth and part of the seventh, striking out two.  That led to Bryan Morris finishing off the seventh and collecting the first two outs in the eight, before Tony Watson struck out the only batter he faced.  Melancon then picked up his fourth save of the year in the ninth.

Nice win tonight especially after being blanked the night before.  Big game tomorrow afternoon for Pittsburgh as they want to have some momentum heading into their five game series with the St. Louis Cardinals.  Game time tomorrow is 1:10pm.