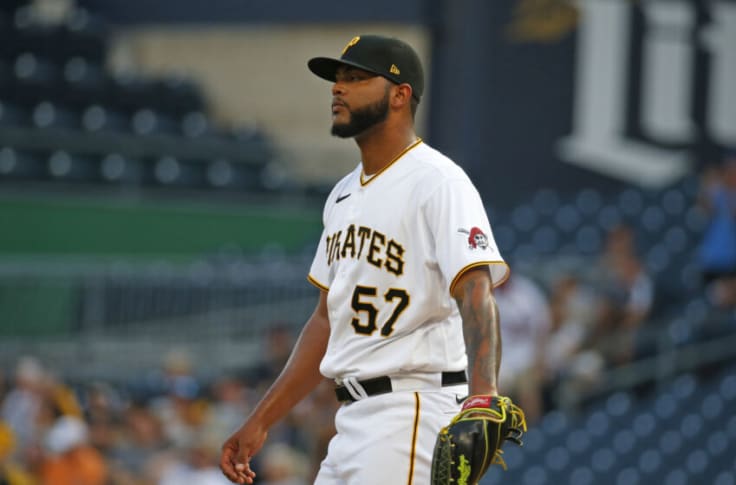 Luis Oviedo made his first career start last night at PNC Park, and unfortunately for him and the Pittsburgh Pirates, it was a beatdown at the hands of the Milwaukee Brewers.

Oviedo lasted just one inning, giving up eight runs (six earned) on five hits and three walks.  He was tagged with the loss, his second of the season.  The Bucs’ bullpen faired well in their eight innings of work, but the damage had already been done and the game was out of reach early.

As bad as the starting pitching was for Pittsburgh, the offense was just as disappointing.  The Pirates only managed four hits as a team, with Ben Gamel and Jacob Stallings collecting two hits a piece.

Milwaukee scored three runs in the first inning on a two run homerun by Omar Narvaez and a RBI single by Lorenzo Cain.  They added five more in the second which effectively chased Oviedo from the game.  A two run single by Narvaez made it 5-0, followed by a double off the bat of Avisail Garcia and a single by Rowdy Tellez to increase the lead to 8-0.  Tellez added a solo homerun in the ninth to add insult to injury, making it 9-0.

This was a tough day for the Pirates, both on and off the field.  Their pitcher made his first career start and was chased in the second inning, and this was their first game since All-Star second baseman Adam Frazier was traded to the San Diego Padres.  Further, after the game, Tyler Anderson was dealt to the Seattle Mariners.

The Bucs will look to even the score on Wednesday when they take the field at PNC Park for the second game of this series.  First pitch is scheduled for 7:05pm.