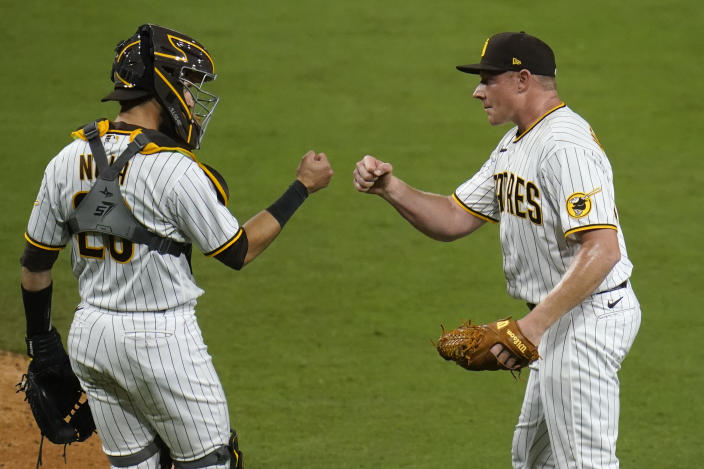 After beating the Kansas City Royals last Tuesday night, the Pittsburgh Pirates held a 12-11 record and were playing good baseball.  Since then, they have lost five straight games, including a 2-0 defeat to the San Diego Padres on Monday night.

The losing pitcher for Pittsburgh was Tyler Anderson, who certainly didn’t deserve that fate.  He gave up two runs on two hits with three walks and five strikeouts through 6.2 innings of work.  He took a no-hitter into the seventh inning, which unfortunately is when things fell apart a bit.

Both runs were scored in the seventh inning.  A sacrifice fly by Tommy Pham put the Padres in front 1-0, and a double by Austin Nola made it 2-0.

The Pirates once again struggled at the plate.  They were shut out for the second straight game after Sunday’s loss to the St. Louis Cardinals.  They managed just four hits as a team on Monday, including one from Anderson, as well as Adam Frazier, Bryan Reynolds, and Phillip Evans.

This was a disappointing start to the road trip for Pittsburgh.  Anderson pitched well enough to win, but the offense couldn’t break through against the Padres’ bullpen.  They have now lost five straight games and are in danger of letting things get out of control.

The Bucs will take the field on Tuesday looking to snap this skid and get back on the winning track.  They will hand the ball to Mitch Keller who is also looking to improve on his tumultuous start to the season.