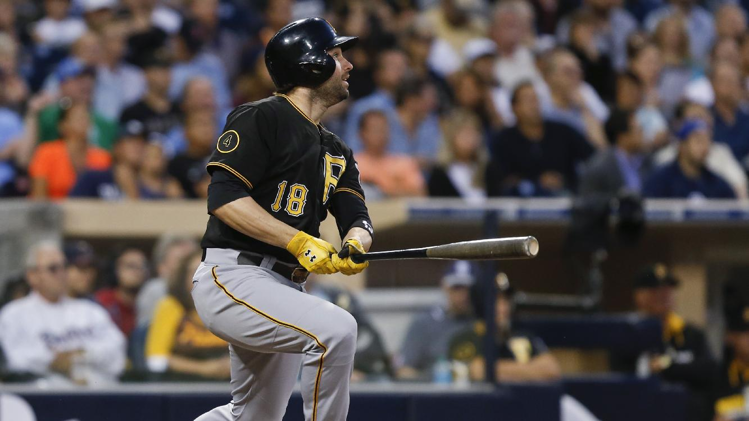 It appears that the west coast is not so bad for the Pittsburgh Pirates this season.  With a 4-1 win tonight, they took the series from the San Diego Padres and made it two for two on the west coast swing of this road trip.

The key to Pittsburgh being successful for the remainder of this season is to jump out to an early lead.  They did it again tonight, when Neil Walker was able to hit an opposite field home run to put the Pirates ahead 2-0 in the third inning.  One inning later, Pedro Alvarez doubled that lead with a two run shot of his own, this one to right field, for a 4-0 lead.  That would end the night for San Diego pitcher Jesse Hahn, who was making is major league debut tonight.

Gerrit Cole took the hill for the Buccos and while he was unable to make it out of the sixth inning, he was effcient over the 5.2 innings of work.  The lone run he gave up came in the fifth when Yonder Alonso had an RBI single to shallow left.  Cole would walk two, strike out six, and allow four hits during his time in the game.

Both bullpens did a good job shutting down the opposing offense for the rest of the game.  The Padres Jason Lane was the most impressive, not allowing a hit over his 3.1 innings of work.  However, with a three run lead the Shark Tank combo of Jared Hughes, Tony Watson, Mark Melancon, and Jason Grilli kept the San Diego offense in check, allowing the Jolly Roger to once again fly over PETCO Park.

This series will conclude tomorrow evening at 6:40pm.  Francisco Liriano will lead the charge for Pittsburgh as they go for a series sweep against the Padres.  San Diego will counter with Ian Kennedy.