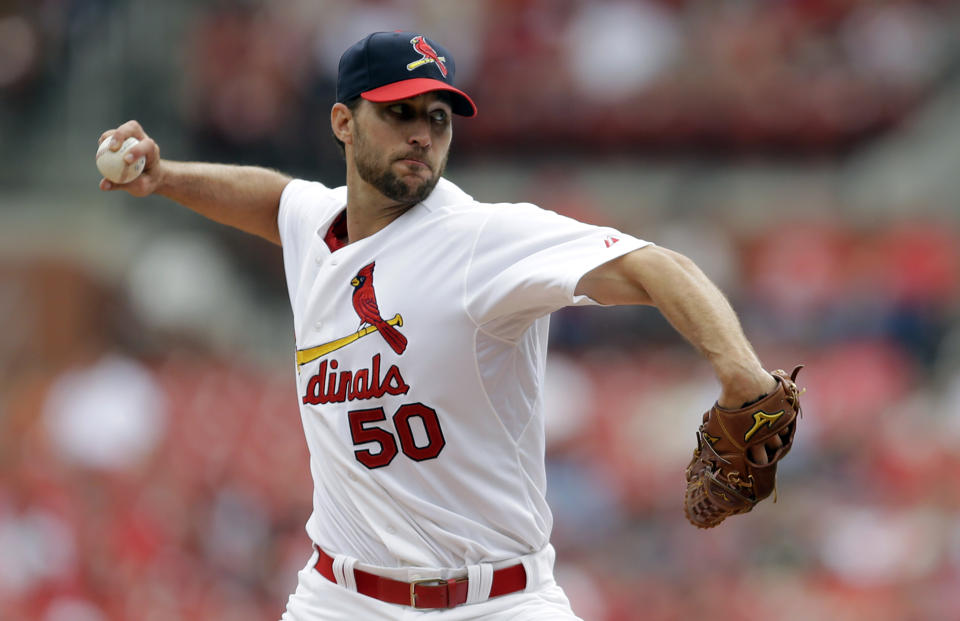 One day after they were able to score six runs, the Pittsburgh Pirates were held scoreless today by Adam Wainwright and the St. Louis Cardinals.  St. Louis started the scoring off and one big inning in the sixth clinched this game for the Cardinals and sent Pittsburgh away with a 7-0 loss.

Wainwright was the story today as he would go eight innings, allowing only three hits, while striking out seven and walking two.  The Pirates only chance to put an inning together came in the third.  Tony Sanchez started the inning off with an infield single to third.  This was followed up by Edison Volquez singling to centerfield.  With the top of the order up, maybe the Buccos would be able to get to Wainwright.  This would all come to a halt when Starling Marte failed to bunt the runners over causing a force out at third, with a bunt back to the pitcher.  Jose Tabata would then fly out to right, which was followed up by Andrew McCutchen striking out for the first of three times today.

Volquez was keeping his team in the game through the first five innings, giving up only two runs.  The sixth is when he ran into trouble.  It all started on a disputed call on a double play that should have ended the inning.  The first base umpire said that Ike Davis did not have his foot on the bag, Pittsburgh challenged and it was said that there was inconclusive evidence to overturn this call.  Allen Craig would then single in a run and then Jhonny Peralta would go deep again, this time a three run shot, to put St. Louis up 6-0.  They would add another run in the eighth to finish off the scoring for the day.

Home cooking and road trips could not help the Pirates in this twenty games in twenty days stretch.  They will finally have an off day tomorrow, before beginning a two game series against the Baltimore Orioles on Tuesday night.