Pirates Battle Back From Four Runs Down To Drop Mets 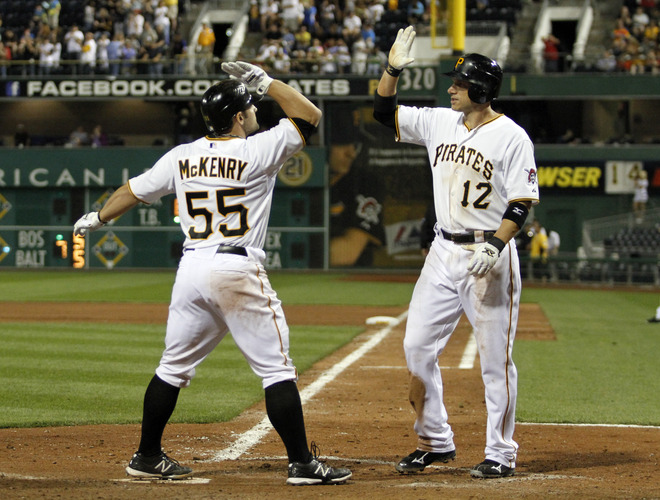 All of us wondered when the Pittsburgh Pirates offense could bail out an off night from the pitching staff, well tonight was the night. A bad second inning from Erik Bedard allowed the New York Mets to jump out to a four run lead. Instead of the offense wilting in the heat, they battled back to earn a 5-4 victory.

The Mets looked they had this game in hand after a second inning that saw them score four times, collect four hits, and earn two walks. Bedard looked like he was plucked from the stands to pitch this inning. He had trouble finding the strike zone and when he did, it was right down the middle. Fortunately though he limited his bad night to this inning and would go five innings allowing four runs on six hits while walking three and striking out four. Going five innings tonight, could be big if the bullpen is needed later in this series.

The pen was great again tonight. Chris Resop went 1.1 innings striking out two and walking one batter. Tony Watson collected two outs, one via the K, Jared Hughes took care of the eighth inning to earn his first victory of the season, and Joel Hanrahan was lights out in earning his tenth save of the year. Enough cannot be said about this bullpen, would be great to see them in high pressure situations of September, but let’s not get ahead of ourselves.

The offense was the biggest story of the night. While they did get some help from New York errors, they did capitalize on those mistakes. Three straight doubles by Josh Harrison, Andrew McCutchen, and Pedro Alvarez in the fourth allowed Pittsburgh to cut the lead in half. The game would be tied by what seems to be like an every game thing now, the home run. This time it would be a two run shot by “The Fort” Michael McKenry. The game winning blow came in the eighth inning. An error by Mets centerfielder Kirk Nieuwenhuis would allow Neil Walker to reach third. Two batters later, Clint Barmes came up big with a sacrifice fly to right field that drove in Walker for the winning run.

Always great to start of a series and a home stand with an exciting win, but tomorrow will not be any easier for our Buccos. The only knuckleball pitcher left in the Majors will be on the mound for the Mets tomorrow, that man is R. A. Dickey. Dickey is 5-1 with a 3.75 ERA this season. Pittsburgh will counter with James McDonald and his 3-2 record and ERA of 2.68. First pitch is scheduled for 7:05.