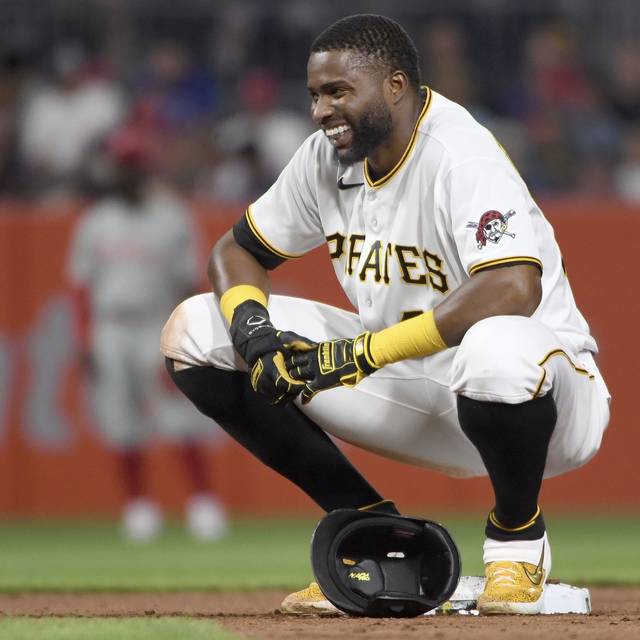 In their three-game series against the Milwaukee Brewers, the Pittsburgh Pirates managed to score only three runs.  They would manage to equal that total in the first inning and then surpass it in the second inning on the way to a 7-0 victory over the Philadelphia Phillies, to open a three-game set with their cross-state rivals at PNC Park.

Pittsburgh jumped on the board in the first inning when Bryan Reynolds hit an RBI triple to right center to bring around Ben Gamel.  Reynolds was then driven in when Gregory Polanco singled to right.  Rodolfo Castro plated Polanco on a very unique ground rule double.  Castro hit what looked to be a routine fly out to right fielder Bryce Harper.  Harper some how misplayed the ball, allowing it to hit the ground and bounce over the fence.  You would think $330 million would get you a guy that can catch a pop up.

The runs kept coming in the second inning.  Starting pitcher Wil Crowe led off the inning by being hit by a pitch.  Two batters later he would score on a Ke’Bryan Hayes double to left center.  Hayes then came home when Polanco doubled to right.  The Pirates plated the final two runs of the night in the fifth inning on a Kevin Newman double to center.

Even with four walks tonight, Crowe looked solid during his six innings of work.  He would give up only one hit and strike out four batters.  Chasen Shreve walked one batter during his inning of work in the seventh, and Duane Underwood Jr. walked one and struck out one while pitching the final two innings.  Neither relief pitcher would allow a hit.  Philadelphia would use three relief pitchers to cover six innings, after starter Vince Valasquez only pitched two innings.

This was a much-needed win after being swept by Milwaukee, plus it’s always extra sweet to get a win over the Phillies.  The Pirates made a few more moves before the trade deadline today, most notably sending closer Richard Rodriguez to the Atlanta Braves.  Because of the trades there should be a couple new faces on the big-league roster over the next couple of days.  This three-game series will continue Saturday night at 7:05pm.