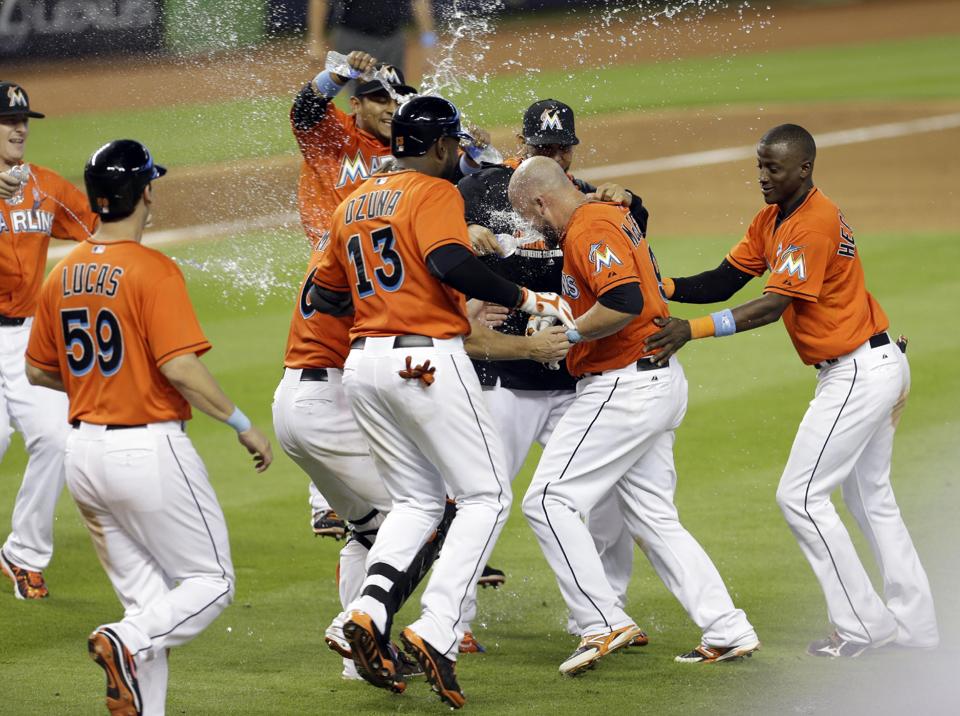 The Pittsburgh Pirates had plenty of trouble closing out the Miami Marlins this weekend.  But after two close calls that ended up in a Pittsburgh victory, the Bucs finally got bit by the comeback bug, as the Marlins overcame a two-run deficit to force extra innings, and walked away with a 3-2 victory in the 10th.

Casey McGehee had three hits and three RBIs, including the game-winner in the 10th, as the Marlins avoided a series sweep at home with a dramatic come from behind victory over the Pirates.

The Pirates got an incredible performance from spot starter Vance Worley, who pitched seven innings of shutout ball, giving up only five hits while striking out five as well.  Tony Watson was the culprit today, giving up two runs on three hits in the eighth inning, while Jared Hughes took the loss by giving up the game-winner in the tenth inning.

Pittsburgh took the lead in the third inning on an RBI double by Starling Marte, scoring Gregory Polanco.  They added another run in the fourth inning on an RBI single by Josh Harrison that scored Russell Martin.

The Bucs had some other opportunities against Marlins’ starter Henderson Alvarez, but they couldn’t capitalize to push the lead any further than two runs.  Polanco had two more hits, as did Harrison and Andrew McCutchen.

McGehee’s two run double in the eighth inning off Watson scored Jeff Baker and Rafael Furcal to tie the game.  The Pirates had a golden opportunity to take the lead in the 10th.  Marte walked to lead off the inning, then Cutch singled, and Ike Davis walked to load the bases with no outs.  But after Martin grounded into a double play, and Pedro Alvarez was intentionally walked, Clint Barmes struck out to end the inning.

The Marlins manufactured their way to the victory in the tenth inning.  Furcal led off with a single.  Ed Lucas, who pinch-ran for Furcal, advanced to second on Reed Johnson’s sacrifice, and then advanced to third on a wild pitch.  McGehee’s sacrifice fly to right was deep enough for Lucas to score and win the game.

This was a heartbreaker for the Pirates.  They got an outstanding performance from their starting pitcher, and the offense, while certainly not hitting like they did in the other games as of late, appeared to have done just enough to earn the victory.  But the Pirates gave the Marlins some extra outs at crucial times, and a professional baseball team will take advantage of those mistakes.  The Bucs were fortunate enough to come away with victories in the first two games of the series despite blunders in the latter innings, but not today.

After a day off tomorrow, the Pirates will return to action for a three game series against the Cincinnati Reds at PNC Park.  First pitch on Tuesday is scheduled for 7:05pm.