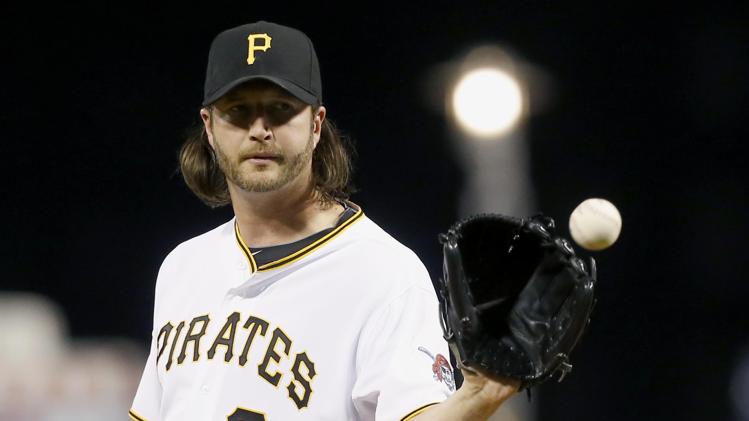 Well it’s official.  The Milwaukee Brewers have the Pittsburgh Pirates number this year…at least so far.  A day after overcoming four errors to beat the Bucs, the Brewers used some late inning heroics to top them once again tonight in front of a huge crowd at PNC Park.

Ryan Braun’s two-run homerun in the ninth inning put the Brewers on top for good after a back-and-forth game tonight.

Wandy Rodriguez started tonight for the Pirates, and struggled mightily once again.  The Buccos’ left-hander lasted just four innings, giving up four runs on six hits, inflating his ERA to 7.65 for the season.  Bryan Morris and Tony Watson each gave up a run in relief, and after a perfect eighth inning by Mark Melancon, Jason Grilli blew his second save of the season in the ninth, surrendering the two run homer to Braun.

Pittsburgh fell behind in the second on an RBI single by Khris Davis, scoring Jonathan Lucroy.  The Pirates answered in the bottom of the frame, though, on an RBI single by Neil Walker, scoring Ike Davis, who made his debut for the Bucs tonight.  Davis went 2-3 with two runs scored.

Aramis Ramirez’s run-scoring single and Lucroy’s RBI doubled put the Brewers up 3-1, and Mark Reynolds’ solo homerun in the fourth put the Pirates in a three-run hole.

The fourth inning was a huge inning for the Bucs’ offense, as they scored five runs to take a 6-4 lead.  Jose Tabata singled home Andrew McCutchen to get things started.  Clint Barmes’ single with the bases loaded scored Pedro Alvarez and Tabata, and Travis Snider’s single scored Davis and Barmes.

Lucroy’s ground out in the fifth inning scored Braun, but the Pirates answered in the sixth with an RBI double by McCutchen, putting them in front 7-5 after six.

Braun belted a solo homerun in the seventh inning to bring the Brew Crew within a run, and his two run shot in the ninth proved to be the game winner.  Francisco Rodriguez earned his sixth save of the season by shutting down the Pirates’ 3, 4 and 5 hitters.

This was a bad loss for the Pirates.  The offense stepped up and made some big plays, but there were some questionable decisions made on the field, and the pitching let the team down in every facet.  It was another rough start for Wandy, something that has to become a serious topic for discussion.  While it’s still very early in the season, he has not had a quality start yet this year, and it may be time to think about making a change.

Unfortunately, Grilli has already blown two saves this season.  He really hasn’t looked like himself this year, and one has to wonder if his age is catching up to him.  This is another serious cause for concern.  The bullpen was one of the strongest aspects of this team last year, and if it becomes unreliable, things could take a downward spiral quickly.

The Pirates will look to earn a series split with the Brewers in the weekend finale tomorrow afternoon.  Gerrit Cole takes the hill for Pittsburgh against Marco Estrada for Milwaukee.  First pitch is scheduled for 1:35pm.