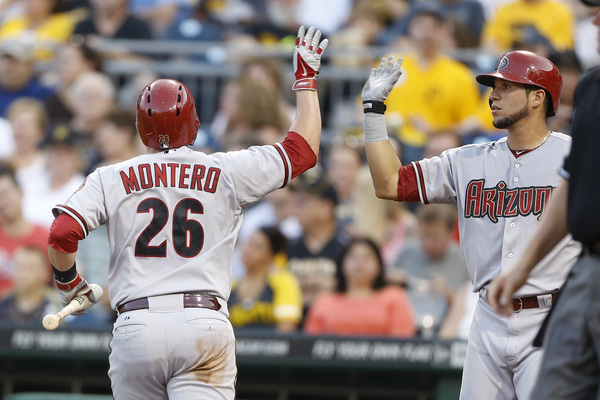 With Pittsburgh Pirates starter Vance Worley taking a no-hitter into the sixth inning, one could hardly imagine the team giving up ten runs in the final four innings.  Unfortunately, that’s exactly what happened tonight at PNC Park, as the Bucs were blown out by the Arizona Diamondbacks, 10-2.

Worley gave up three runs on four hits with two walks and six strikeouts through seven innings, but two of his relievers, Ernesto Frieri and Jeanmar Gomez, were torched tonight by the Arizona batters.  Frieri was tagged for five runs on five hits, while Gomez gave up two runs on three hits.

The Pirates took the lead off Arizona’s Brandon McCarthy in the third inning.  Jordy Mercer led off with a double, advanced to third on Worley’s ground out, and scored on a ground out by Gregory Polanco.

Neil Walker doubled to lead off the fourth inning and Russell Martin singled, setting up shop for the Bucs, putting runners on first and third with no outs.  Ike Davis singled home Walker for the game’s second run.

The Diamondbacks ended Worley’s no-hit bid and took the lead all in one inning.  Ender Inciarte’s RBI single got them on the board, and they took the lead on a two run homerun by David Peralta.  Things got ugly for Pittsburgh in the top of the ninth, as the Diamondbacks scored seven runs.  Cody Ross smacked an RBI double, Didi Gregorious singled home a run, as did Peralta.  After a two run triple by Paul Goldschmidt, Miguel Montero hit a run scoring single to push the lead to 10-2.

This was a difficult way to end this game and the series against the Diamondbacks.   For the majority of this game, the Pirates appeared to be in control.  Unfortunately, the bullpen fell apart and it ended up being a blowout.  Still, the Bucs won another series, taking two of three games.  Now they move on to the home stand concluding set against the Philadelphia Phillies at PNC Park.