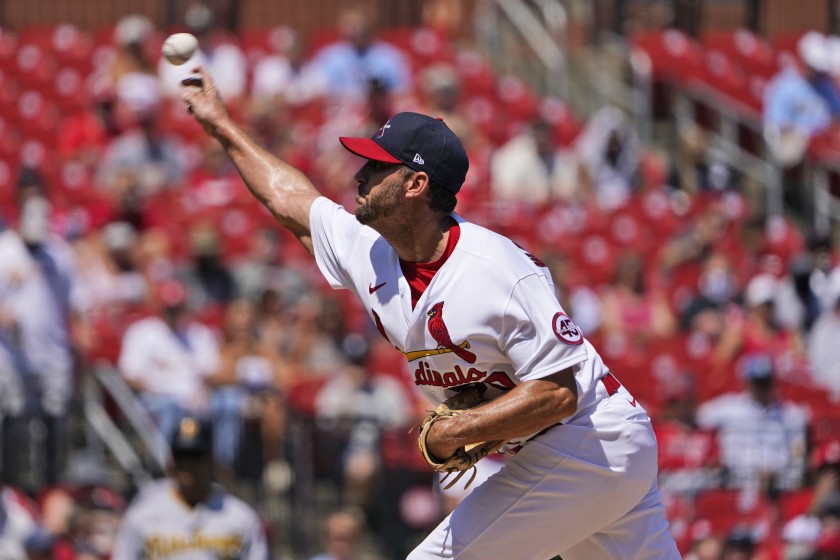 The Pittsburgh Pirates had an opportunity to sweep a series for the first time in the 2021 season.  Unfortunately, they ran into a familiar face that has dominated them in the past and continued to do so on Sunday afternoon.  Adam Wainwright threw eight shutout innings as the St. Louis Cardinals beat the Bucs 3-0 at Busch Stadium.

Wainwright improved to 12-7 on the season while lowering his ERA to just 3.10, giving up two hits while striking out nine in eight innings.  Alex Reyes earned his 28th save of the season, despite giving up two hits in a scoreless ninth.  Steven Brault took the loss for Pittsburgh (0-2), giving up one run on five hits with two walks in his four innings on the mound.

The Pirates managed just four hits on the day, while the Cardinals had nine.  St. Louis didn’t exactly light up the scoreboard, but they did enough to secure a comfortable victory, especially with Wainwright on the mound.

A single by Yadier Molina in the bottom of the first inning scored Tyler O’Neil to give the Cardinals an early 1-0 lead.  A solo homerun by Paul Goldschmidt in the fifth, his 19th of the season, increased the lead to 2-0.  They added an insurance run that they wouldn’t need in the bottom of the eighth.  Harrison Bader singled up the middle, scoring Molina to make it 3-0.  St. Louis would go on for the easy victory.

The Pirates return home to PNC Park for a series against the Arizona Diamondbacks, beginning Monday night.  The Diamondbacks and Bucs are in the basement of the National League standings, but Arizona got the best of the Bucs when they last played out west.