Pirates Celebrate The 4th With Win Over Phillies 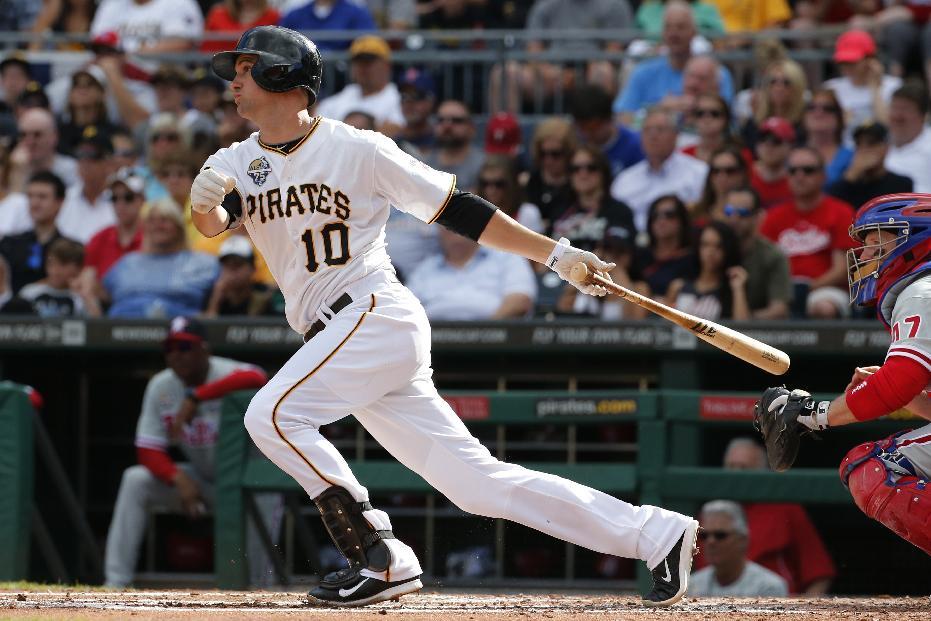 While the Pittsburgh Pirates and Philadelphia Phillies are not in the same division, there is still a sense of rivalry present when the two teams meet.  Today they started a three game series at PNC Park, with game one going to the Pirates by the final score of 8-2.

Pittsburgh was able to jump on the board first today with a strong first inning that saw them plate four runs.   Russell Martin and Josh Harrison would each collect RBI singles.  Those two would then come around to score when Jordy Mercer singled to shallow center field. Mercer would come through again with two more RBI in the seventh inning.  Andrew McCutchen would collect the first of his two RBI in the fourth when he brought in Gregory Polanco home with a double.  That combination would do it again in the eighth.  McCutchen would end the day going 4-5 and fall a home run short of the cycle.

Gerrit Cole made the start for the Pirates today and looked much better than in his previous start against the New York Mets.  He would pitch only five innings after leaving the game with a back injury.  While he was out on the mound he struck out five, while walking one and giving up one hit.

Stolmy Pimentel relieved Cole and had an awful time on the mound.  He would walk three batters and not even record an out.  The two runs that Philadelphia scored were charged to him.  Jared Hughes, Justin Wilson, Tony Watson, and Jeanmar Gomez would each work a scoreless inning of shutout baseball to complete the game.

Whether it’s the Steelers and Eagles, Penguins and Flyers, or Pirates and Phillies, it is always good to beat the team from Philadelphia and have some bragging rights in the state of Pennsylvania.  The Buccos will go for their fifth series win in a row tomorrow afternoon at 4:05pm.  The pitching matchup will feature Edinson Volquez vs. David Buchanan.