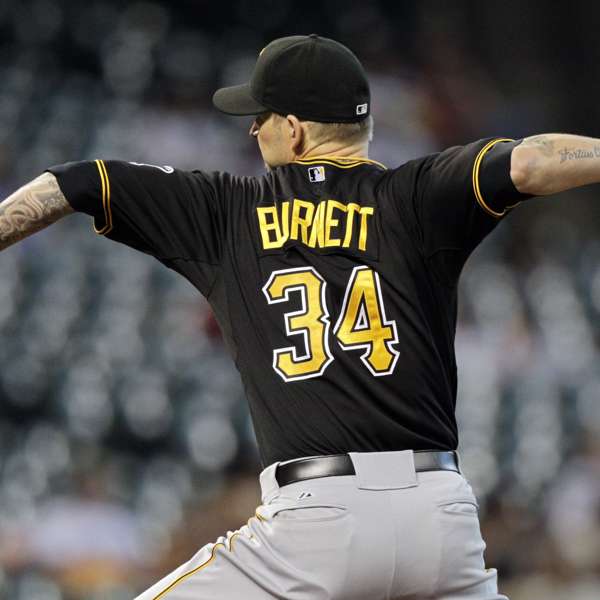 The past two days, the Pirates have made many fans wonder why couldn’t they have played like this the previous two months? They were able to get two great starting pitching performances, shutout innings from their bullpen, and just enough clutch hitting down the stretch to earn them two straight victories over the Atlanta Braves. Despite all of the troubles in the second half of the season, it appeared as though the Pirates would finish up the season they way the played most of it…on a positive note… and with the potential for a three game series sweep.

Unfortunately, the Pirates (and the Braves) reminded us this afternoon why one team will be moving on to the postseason and the other will be watching from their living rooms. The Braves got on top early, stretched their lead throughout, and beat the Bucs 4-0 in the final game of the 2012 season at PNC Park.
As a team, the Pirates were mystified by a rotating slate of Atlanta pitchers, only managing four hits total for the game. Andrew McCutchen, Josh Harrison, Clint Barmes, and Travis Snider each had a single for the Bucs, completing the “offensive attack.” They struck out a total of eight times in the game, and never really threatened to make a game out it…or even score.

Two players who had career seasons this year, Garrett Jones and Pedro Alvarez, each had games to forget this afternoon. Jones was 0-3 on the day, while Alvarez struck out three times.

A.J. Burnett took the loss in his final start of the season (obviously), giving up four runs on eight hits through 5.2 innings of work. He fell to 16-10 on the season. The Bucs used four other pitchers on the afternoon, all of which pitched scoreless baseball in the losing effort.

This was obviously an utterly disappointing way to end the season. But then again, it’s very fitting as to how the year played out for the Pirates and their fans. As we know, the franchise’s losing streak has been extended to 20 seasons, following their 79-83 mark in 2012. Sure, they fell a few games shy of .500, but would we feel any better had they gone on a little winning streak and put 82 wins up? Some fans probably would feel better. The bottom line is, it’s never easy to lose games… and regardless of the sport or the team, it is never easy to watch your team lose. We, Pirates fans, are in elite company in the sense that no other professional organization has lost as much for as long as the Pirates.

The Pirates won 79 games this year, seven more than last season, and 22 more than 2010. Sure, that’s improvement, there’s no denying that. But the majority of fans aren’t satisfied…and they won’t be satisfied until there’s a competitive team on the field that doesn’t collapse. The fans here live in Pittsburgh…they want and expect a winner. Regardless of the excitement this team built up in this city the past two seasons, the end result simply isn’t good enough. Fans want a winner…not in a year, not in a few years when prospects come up. They want a winner now.

Can you blame them?