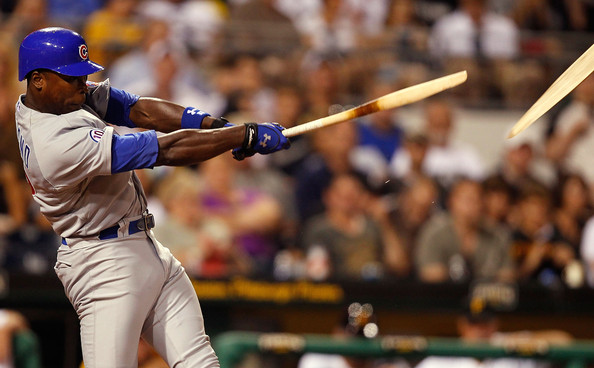 There are some games that are so embarrassing and depressing to talk about, it’s not even worth doing so.  Tonight was just one of those games for the Pirates, who were handed a 12-2 beating by the Chicago Cubs in front of a packed house at PNC Park.

While the Cubs did score 12 runs tonight, much of the Pirates’ wounds were self-inflicted.  In fact, only half of the runs that Chicago scored tonight were actually earned runs.  How is that possible?  The Bucs committed seven errors in the game.  Seven!  It was an absolutely disgusting display of baseball from the entire Pirates’ team.  Brock Holt and Starling Marte each committed two errors, while Gaby Sanchez, Rod Barajas, and Josh Harrison each committed one as well.

A.J. Burnett certainly didn’t pitch a great game tonight, but a lot of the damage sustained while he was in the game was out of his hands.  He ended up lasting five innings, giving up seven runs (only three of them earned) on eight hits.  When Burnett was lifted, so, too, was Barajas.  After Justin Wilson lasted just two batters, Chris Leroux came in and pitched 1.2 innings of scoreless baseball.  Unfortunately, trouble found the Bucs’ bullpen later, as Hisanori Takahashi gave up three runs on two hits with two walks in the seventh inning.

Another horrible aspect from this game is the total lack of offense from the home team.  While the Bucs’ defensive blunders completely overshadowed his performance, Cubs’ starter Travis Wood pitched a fantastic ballgame, giving up just one hit through six innings of work.  As a team, the Pirates only managed one hit through seven innings. The Pirates did score two runs on three hits in the eighth inning against the Cubs’ bullpen.

Well there’s no doubt about it…this was the ugliest ballgame the Pirates played all season long.  Similar to their series opener against the Houston Astros on Monday, the Pirates didn’t look like a playoff-caliber team tonight against the Cubs.  It’s an old cliché to say that the Pirates beat themselves tonight, and while that’s not 100% accurate, they certainly didn’t do themselves any favors.  They had more errors than hits tonight, and lost by ten runs to a team like the Cubs who had lost six straight entering the series.

The Pirates will obviously look to COMPLETELY forget about tonight’s game, and turn their focus to tomorrow.  James McDonald will take the hill on Saturday for the Bucs against the Cubs’ Jeff Samardzija.  First pitch is scheduled for 7:05pm.