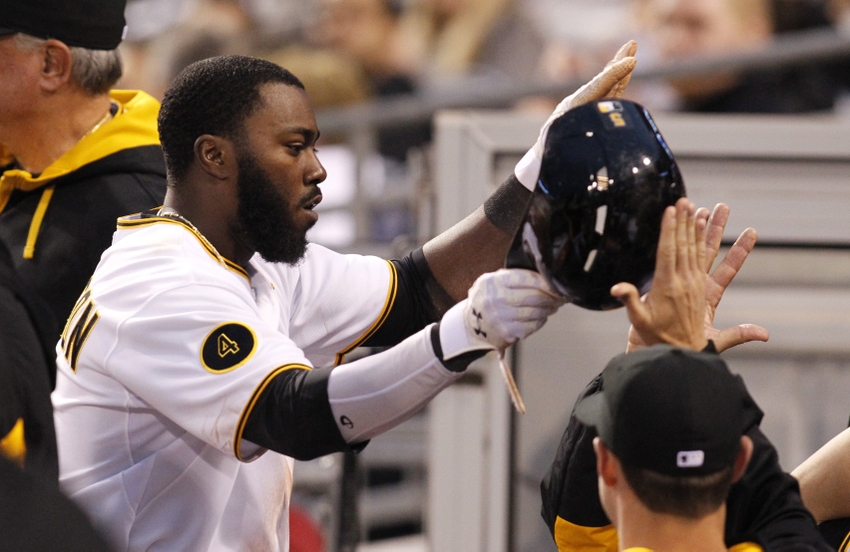 It has been a great start to the second half of the season for the Pittsburgh Pirates. Following a series sweep of the Colorado Rockies last weekend, the Bucs split the first two games of their series against the Los Angeles Dodgers, setting up tonight’s rubber match at PNC Park.

The Pirates jumped on Dodgers’ starter Dan Haren early and often on their way to a 6-1 victory, capping a 5-1 home stand in front of six energized crowds at PNC Park.

Despite getting off to a slow start with a pair of walks in the first inning, Francisco Liriano put together a solid start for the Bucs, giving up one run on four hits through seven innings, earning his second win of the season. Justin Wilson and Jared Hughes each pitched an inning of scoreless ball in relief, keeping the Dodgers in check.

The Bucs scored four runs in the first inning, which turned out to be more than enough to take the win tonight. Gregory Polanco and Travis Snider led off with singles, and after Neil Walker forced a walk, Russell Martin forced a bases loaded walk to push across the game’s first run. Ike Davis sacrificed Snider home to put the game’s second run on the board. Josh Harrison’s two run double scored Walker and Martin, pushing the lead to 4-0.

Snider’s solo homerun in the second inning extended the lead to 5-0. It was towering shot that nearly left the yard and left the crowd in awe. After the Dodgers scrapped together a run in the top of the sixth, the Bucs answered with an RBI double by Andrew McCutchen in the bottom of the seventh.

This was a huge victory for the Pirates. The past two nights, they scored a total of 18 runs, while Cutch only tallied one hit and one RBI. This is the type of well -rounded offense this team will need in order to continue to make a strong push in the division.

After a successful home stand, the Pirates hit the road for a trip out west beginning with a three game series against the Rockies on Friday.