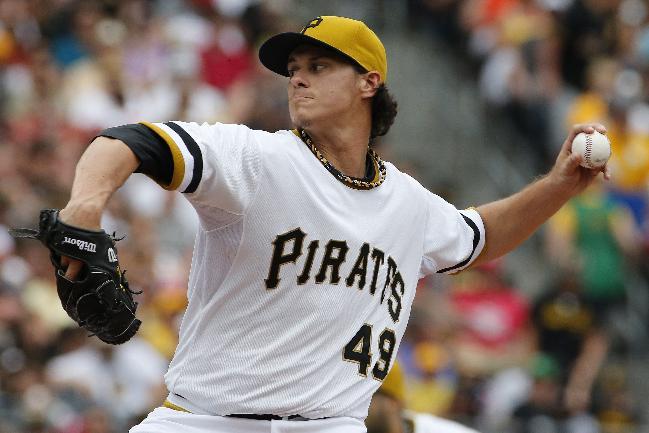 It took over half the season, but finally the Pittsburgh Pirates have swept an opponent during the 2014 season.  With a 6-2 win over the Philadelphia Phillies, Pittsburgh completes an 8-2 home stand and now sits six games over .500.

The main story coming into the game today was the pitching matchup between Jeff Locke and A.J. Burnett.  It is known by all Pirates fans that while Burnett was here, he was a mentor to Locke.  At the end of the day, with the help of the offense, Locke won the pitching battle.

He would pitch eight solid innings, allowing one earned run on three hits, while striking out four and walking one.  The other run would be unearned, since Jimmy Rollins would reach base on a Pedro Alvarez throwing error.  This would also mark the third time in five starts that Locke would make it through eight innings.

The Bucco offense continued their trend of scoring in the first inning today.  Russell Martin would double home Andrew McCutchen and Neil Walker.  That lead would hold up as Neil Walker would bring home Josh Harrison on a sacrifice fly in the third to make it 3-1.

After Philadelphia cut the lead to 3-2 in the seventh on a Marlon Byrd home run, the Pittsburgh offense put the game out of reach in the eighth.  McCutchen would hit an RBI triple to regain that two run lead.  Starling Marte would hit a bases loaded single that increased their lead to three and a Jordy Mercer sac fly capped the scoring at 6-2.

With an 8-2 record, this was a huge homestand for the Pirates.  They now sit 4½ games behind the Milwaukee Brewers in the N.L. Central Division.  The Buccos will begin a seven game pre- All Star break road trip tomorrow night.  Up first are four games with the St. Louis Cardinals.  Pittsburgh will send Charlie Morton to the bump to take on St. Louis ace Adam Wainwright.