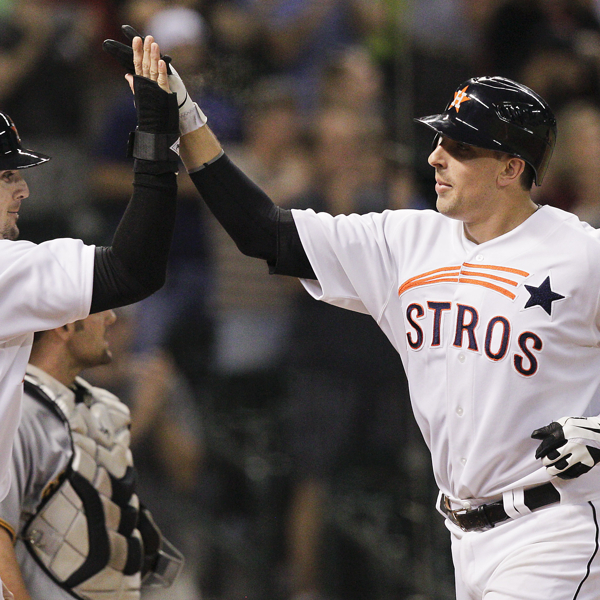 The Houston Astros are the worst team in baseball, and even they are laughing at the implosion that is the Pittsburgh Pirates.  The offense was once again M.I.A. tonight as they fell to the Stros 4-1.  I guess the best way to look at the game is by the good, the bad, and they ugly.

The good tonight, well not good, but got to find something for this part, was the pitching.  Kevin Correia was on the hill to start the game and he kept his team in the game during his six innings.  He would allow three earned runs off of seven hits, while striking out a career high nine batters and walking only one.  Tony Watson pitched the seventh inning giving up one hit and striking out a batter.  Since saves are extinct this time of year, Joel Hanrahan came out of the pen for the eighth inning and collected two K’s and allowed one hit.

The bad was the defense.  Three total errors were tallied in the field by the Buccos defense tonight.  Michael McKenry collected an error while trying to throw out a runner at second base.  Watson’s error came in the in the seventh when he tried to pick a runner off of second base, but his throw ended up in centerfield.  The big error would earlier in the seventh when Clint Barmes misplayed a groundball that should have been a double play.  Instead both runners were safe and the next batter, Jason Castro, would hit a three run homer that broke a 1-1 tie to clinch the win.

The ugly once again was the offense.  Pittsburgh combined for only four hits and their lone run came in the second inning on a solo shot by Gaby Sanchez.  The other three hits would come from Starling Marte, Neil Walker, and Pedro Alvarez.  All three runners they had on base and in scoring position would be left there.

The final game against the Astros of the season and with them in the National League will take place tomorrow at 2:05.  It is not a matter of if the Pirates will win, but how they will lose.  It will either be like tonight with no offense to support a decent pitching performance or the pitching will get blasted and a big offensive output will go to waste.