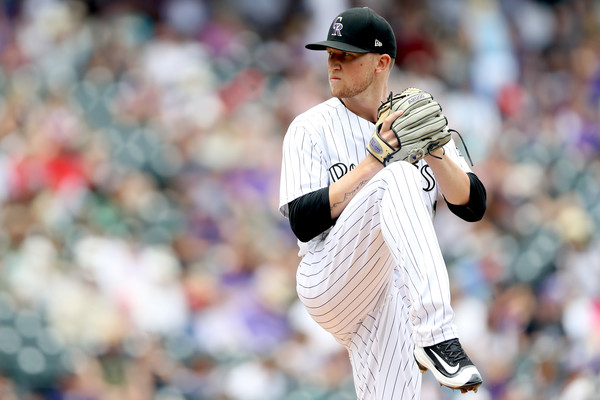 After a great win to open this series Friday night, the Pittsburgh Pirates dropped two straight games to the Colorado Rockies including an ugly 13-3 loss this afternoon.  Two ugly innings did Pittsburgh in, plus while the offense had chances to close the gap they never got a clutch hit.  It also did not help that Ivan Nova had easily his worst start ever in a Pirates uniform.

The game was scoreless going into the bottom of the third, but Colorado changed that in a hurry.  Charlie Blackmon drove in a run with a single to right.  He would then come in to score on a two RBI single by Nolan Arenado.  Ian Desmond grounded out to plate what would end up being the game winning run.

Nova would leave the game after allowing seven runs on nine hits during five innings of work.  He would strike out five and walk one during that time.  His replacement on the mound did not fare much better, as Wade LeBlanc would be tagged for five runs on four hits with two walks and one strikeout during his 0.2 innings of work. Daniel Hudson recorded the last out of the sixth and Jhan Marinez gave up one run on two hits with two strikeouts during the final two innings.

The Buccos offense was few and far between this afternoon.  Josh Bell continued his recent hot streak by hitting a RBI single in the fourth.  In the sixth inning David Freese would hit a solo home run to deep left center field.  The final Pittsburgh run of the day came in the eighth when Starling Marte singled home Jose Osuna.

Not the start to the road trip that the Pirates were looking for, but they can begin to make up for it starting tomorrow night when they play the first of three against the San Francisco Giants.  As the Buccos learned earlier this month, San Francisco is better than their record indicates.  Pittsburgh will start their series with Gerrit Cole on the mound against Matt Cain.  Game time is 10:15pm.