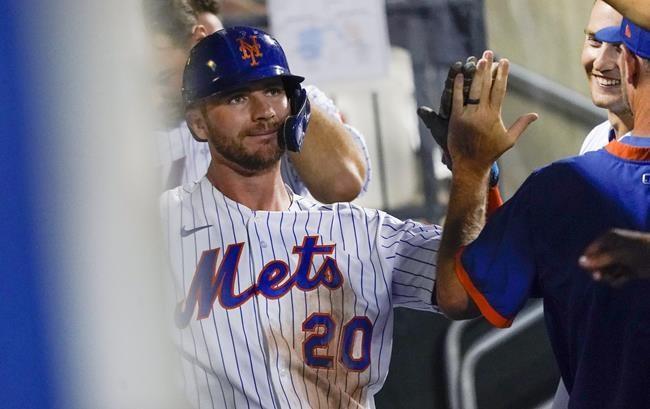 After a game one win by the Pittsburgh Pirates, they were back in action again against the New York Mets in game two.  New York grabbed an early lead in the first inning and would never trail on their way to a 4-2 victory.

Jeff McNeil got things started with a two RBI double in the first.  Pittsburgh got one of those runs back in the third on a Bryan Reynolds single to right that brought home Kevin Newman.  The Mets got that run back in the bottom half of the inning on a solo home run by Pete Alonso.  Jacob Stallings would once again make it a one run game in the sixth on a solo jack to left center.  New York put the game away for good in the sixth with a two RBI single to left center by Billy McKinney.

Neither starter worked deep into the game, but you will have that in these shorter seven inning double header games.  Max Kranick was back up with the big club after his five innings of perfection against the St. Louis Cardinals last month.  He would throw just three innings allowing three runs on four hits with five strikeouts and three walks.  Mets starter Tylor Megill would pitch 3.2 innings allowing one run on four hits with seven strikeouts and three walks.

Jeurys Familia picked up the win after collecting the final out of the fourth inning.  Chasen Shreve and Clay Holmes would combine to pitch three innings out of the Pirates bullpen.  They would allow one run on two hits with four walks and one strikeout.  Seth Lugo and Edwin Diaz worked the final three innings for New York.  Lugo allowed one run on one hit with a walk, while Diaz collected his 19th save of the season by striking out the side.

These two teams will head into the All-Star break after the series finale tomorrow afternoon.  The Mets have yet to name a starter, but Pittsburgh will send Chase De Jong to the bump.  First pitch is scheduled to take place at 1:10pm.