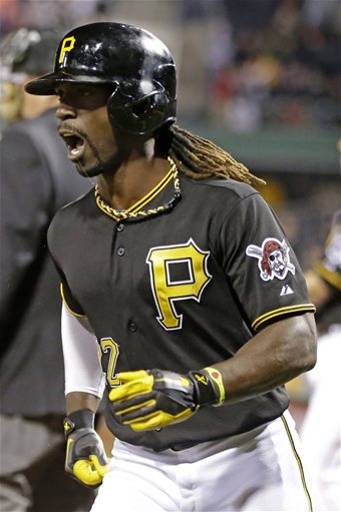 After an unsuccessful road trip, the Pittsburgh Pirates returned home Friday night to begin a ten game homestand.  Up first on the homestand would be a three game series with the Cincinnati Reds.  Even though it is early in the season, this is an important series for the Buccos as it could give them a little momentum within the division.

Pittsburgh jumped out to an early lead when Russell Martin singled home Neil Walker in the first inning.  Cincinnati wasted little time tying the game as Brandon Phillips hit his first of two home runs on the night during the top of the second.

The second inning would see the Pirates have a scoring outburst off of Reds starter Mike Leake.  Four runs would cross the plate.  Walker singled home two runs and that would be followed by a two run single by Andrew McCutchen.  That four run lead seemed like it would hold up for the rest of the game, but the Reds fought their way back.

Devin Mesoraco would bring in the Red Legs next two runs.  The first came in the fourth on a sacrifice ground out to third and the second would come in the sixth on a double to left center.  The sixth inning would also mark the end of A.J. Burnett’s night, he exited allowing three runs on six hits, while striking out eight and walking three.

Unfortunately Burnett was unable to collect his first win of the season, as relief pitcher Tony Watson would give up a two run homer to Phillips.  This tie did not last long as McCutchen would lead off the seventh inning with a solo homer to put Pittsburgh up for good.  Mark Melancon shut the door in the eighth, which was followed by Jason Grilli striking out Phillips with two runners on to collect his fourth save of the year and close out a 6-5 Pirates victory.

Always good to open a long home stand and series with a victory, now it will just be a matter of taking this series from the Reds.  The Buccos will face a familiar nemisis in the Red Legs Johnny Cueto tomorrow night.  Cueto is 1-0 with a 2.77 era on the season.  Pittsburgh will counter with Jeff Locke who is coming off a rough start in his season debut last Sunday.  Game time for tomorrow is 7:05pm.