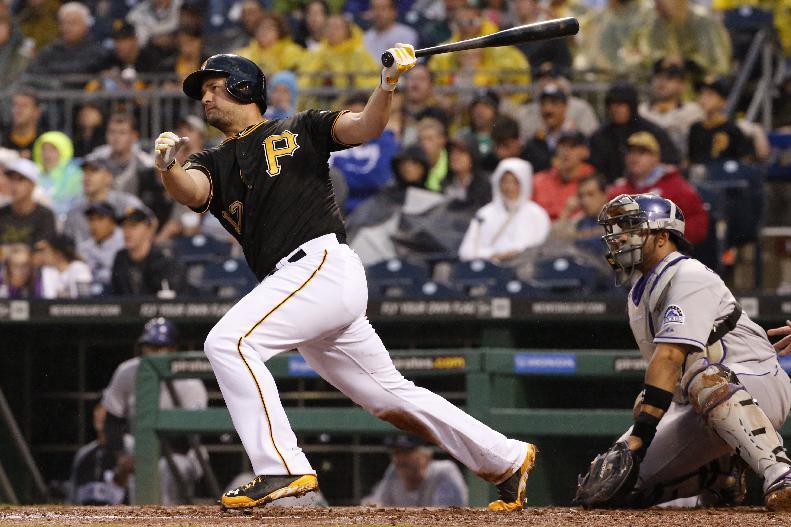 For the second straight night, the Pittsburgh Pirates didn’t play very good baseball.  And, for the second night in a row, they did just enough to beat the Colorado Rockies.

Jordy Mercer’s RBI double in the bottom of the 11th propelled the Bucs over the Rockies 3-2, clinching the series victory and setting up an opportunity for a sweep tomorrow afternoon.

PNC Park was at its capacity for the second night in a row, and once again, the Bucco-faithful were treated to a close game ultimately won by the home team.  Charlie Morton pitched a solid game tonight, giving up two runs on five hits with one walk and three strikeouts through seven innings.  The bullpen was perfect tonight, as four relievers gave up a total of just two hits and no walks.

The Pirates took the lead on back to back doubles by Neil Walker and Gaby Sanchez to lead off the fourth inning.  The score remained a 1-0 Pittsburgh advantage until the top of the seventh, when Carlos Gonzalez hammered a two run homerun off Morton, scoring Nolan Arenado and giving the Rockies a 2-1 advantage.

Pittsburgh tied the game in the bottom of the eighth on an RBI single by Walker, scoring Josh Harrison.  Andrew McCutchen tried to score as well, but he was thrown out at home, keeping the game tied, 2-2.

Walker led off the 11th inning with a single, and advanced to second on a sacrifice bunt by Chris Stewart.  After Pedro Alvarez was intentionally walked, Mercer stepped to the plate and crushed a double to deep center field, scoring Walker and ending the game.

This was another big win for the Bucs.  Again, they haven’t played very good baseball so far this weekend, but they have found ways to win the past two games against an inferior opponent.  The Pirates will look for the series sweep tomorrow afternoon at PNC Park.  Jeff Locke will start for the Pirates against Colorado’s Tyler Matzek.  First pitch is scheduled for 1:35pm.