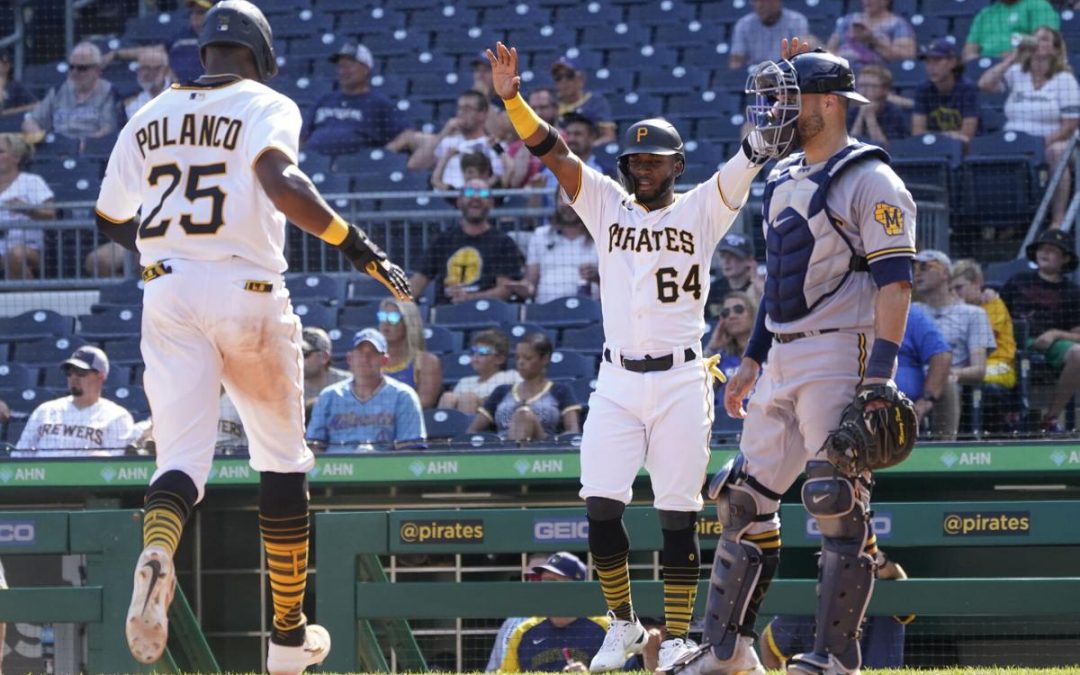 Those comfortable, “feel-good” victories have been few and far between for the Pittsburgh Pirates this season.  This afternoon, however, the Bucs ended their eight game losing streak with a 14-4 blowout victory over the Milwaukee Brewers in the first game of the day’s doubleheader.

Milwaukee scored three runs in the first inning to charge out to a commanding lead.  But after that, it was all Buccos.  They scored four runs in the third inning on singles by Hoy Park and Jacob Stallings, as well as a RBI sac groundout by Colin Moran.

The Brewers tied the game in the fourth on a solo homerun by Tyrone Taylor, but that was short lived, as the Bucs countered with two runs in the bottom of the inning on singles by John Nogowski and Ke’Bryan Hayes.

Pittsburgh blew the game wide open in the fifth, scoring six runs.  A double by Kevin Newman scored a pair, and a single by Wilmer Difo made it 9-4.  After Hayes grounded out to score another run, Bryan Reynolds blasted a two run homerun, his 21st of the season, to right field.  Reynolds added a two run single in the sixth to complete the scoring.

It has been a disastrous season for the Pirates, so when they are able to win a comfortable game like this, it is always a relief and a nice change of pace.  The Bucs will look to complete the doubleheader sweep in the second game this evening.